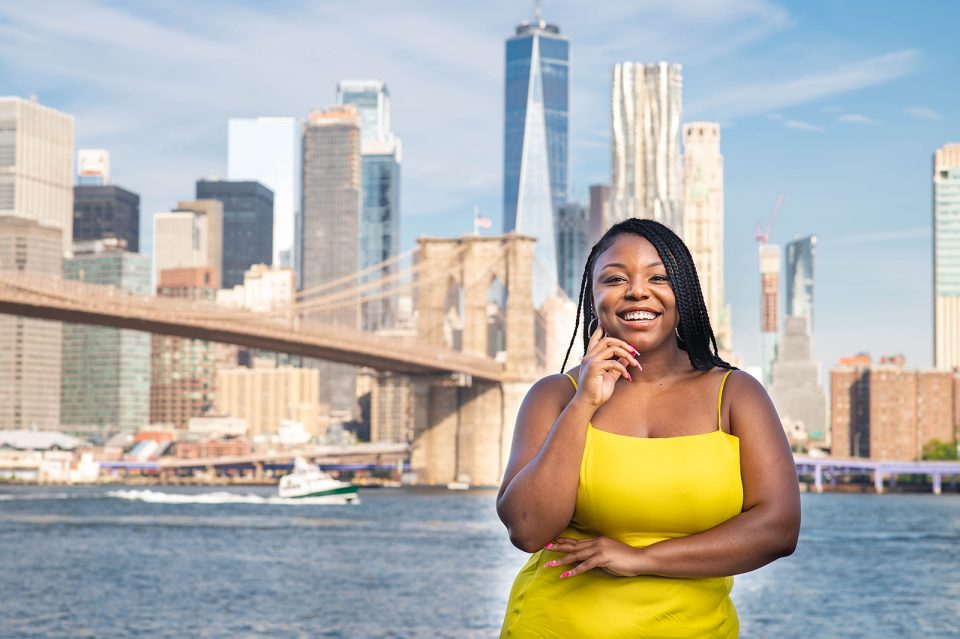 Cinneah El-Amin felt like she hit rock bottom and knew it was time to get serious about paying off debt.

The 26-year-old product development manager was living paycheck to paycheck and swiping credit cards without hesitation. When she was barely able to pay her $600 monthly minimum credit card payments, she was forced to take out a personal loan. That’s when El-Amin knew it was time for a change.

“In 2018, I racked up over $10,000 in credit card debt that I couldn’t afford to pay,” says El-Amin in an exclusive interview with Black Enterprise. “I knew I had a problem and needed help.”

In 2019, El-Amin connected with a financial advisor who helped her with budgeting, spending patterns, and closing the gap between her income and expenses. “He helped me be unafraid to declare what I wanted in my finances,” says El-Amin.

After working with a financial advisor for almost a year, El-Amin was ready to achieve an aggressive goal: becoming debt-free in one year. On January 15, 2020, El-Amin totaled all her debt and declared that she would be debt-free. “I had no idea how I was going to do it but I said it with conviction. That’s the energy that I took with me throughout the year even when the pandemic started.”

Twelve months later, El-Amin achieved her goal of becoming debt-free. She paid off $11,000 in student loans and $12,000 in credit card and personal loan debt.

From Debt to Financial Freedom

El-Amin’s financial plan was twofold: increasing her income and tracking her spending.

In her previous role at work, El-Amin was receiving a lot of positive feedback but that opportunity didn’t turn into a promotion. Surprisingly, a networking encounter led to an interview and a full-time offer. This conversation significantly increased her base salary.

“As black women, we are not always encouraged to think in abundance and move with a mindset that isn’t a scarcity mindset. But I knew it was key to unlocking this [debt-freedom] journey. I knew I had to make more money.”

The second part of El-Amin’s plan was to aggressively track her spending. Since El-Amin struggled with overspending, she decided to switch up her previous financial plan. She committed to using debit cards and cash for purchases. “I was the type of person who would swipe first and ask questions later,” says El-Amin. “But I had to learn how to stay true to what my needs were versus my wants.”

El-Amin started reading books about money and finances to help her develop better habits. Then, she reached out to others who could support her on her journey.

“It’s okay to seek help,” says El-Amin. “Even before I could sit down and say this is how I will become debt-free, I worked with a financial advisor.”

El-Amin adds, “Finding someone who can help you go from point zero to point one is really critical. You should also find accountability and community. I don’t think I could have done this or been in a place where I thought this was possible without digital communities.”