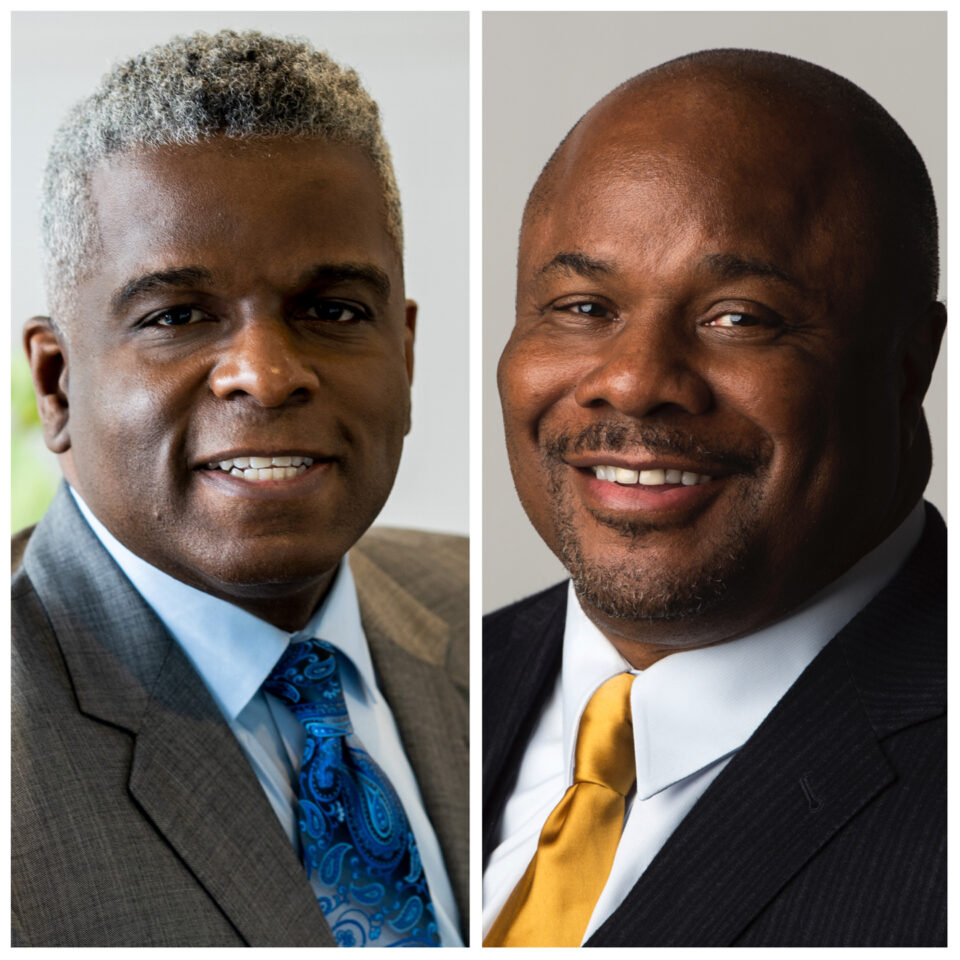 Black Men are excelling across the globe. And two Black executives at ESPN are  on the frontlines, advancing diversity in the sports media world.

In recent years, ESPN has seen an increase in Black representation behind the camera, but not in executive roles.

However, David Roberts, the network’s Head of NBA and Studio Production, and Antoine Lewis, Vice President of Production, both have a seat at the table and an iron-clad commitment to improving diversity and changing the landscape of industry hiring practices.

“Throughout my career, achieving those principles of real diversity has always been paramount. What’s intentional is making sure that the ability to influence the impact of diversity remains a top priority for me as we move forward, throughout the industry,” Roberts told BLACK ENTERPRISE.

“I am also a door that knows the struggles and knows what it took to get to this point and I can help others. My role now is to come in every day and set a tone and a pace so they know that Black executives are competent,” Lewis explained.

Among their ambitious efforts, the pair are both gearing up for the highly anticipated HBCU Week at Walt Disney World Resort in Orlando. ESPN’s popular daytime debate show, First Take – with Stephen A. Smith and host Molly Qerim – will broadcast live from the network’s Wide World of Sports Complex on Friday, October 7 during the event’s college fair.

Roberts, who rose through ESPN’s ranks over nearly two decades, now oversees the network’s NBA and WNBA production, including event and studio. A man of many content responsibilities, he also leads production for First Take, the 6 p.m. ET edition of SportsCenter, Get Up, and more.

His journey began in 2004 as a coordinating producer who went on to produce Emmy-award-winning work for the Daily Studio Show category in 2021. From senior coordinator to vice president of production, Roberts credits his ladder-climbing success to his ability to drive and deliver results.

“The biggest lesson I learned as I moved from those entry-level positions to the current position I have now was simple: we’re in the results business. It doesn’t matter who you are, where you come from or what your race is,” Roberts explained to BLACK ENTERPRISE.

“You have to deliver results,” he added.

A Cablefax Diversity honoree, Roberts was an integral part of a leadership team that brought First Take live to HBCU Week in 2019, with the goal to increase HBCU enrollment and scholarships.

“The First Take show in Orlando will be the next and latest example in showing how ESPN is committed to showcasing how HBCUs have made this country a better place to live and also help educate people regarding the many contributions of HBCU students and the fact they will continue to make a legacy worthy impact for generations to come,” Roberts said.

Antoine Lewis is at the Center of Excellence

The award-winning news producer joined ESPN in 2003 as a coordinating producer with years of diverse journalism experience. The awards followed, as he excelled in his role in the network’s SportsCenter, which garnered back-to-back Sports Emmys for Outstanding Studio Show.

“When you come in at an entry-level, you’re learning, you’re doing, you’re honing your skills and your craft,” Lewis told BLACK ENTERPRISE. “When you get into an executive level, you are charged with helping others be the best they can be.”

“The biggest thing that I’ve learned is, bring others along. Teach them. Guide them. But also give them the latitude and room so that they can create and figure out their own corporate acumen,” he added.

“There are many people with talent, but sometimes you just need the help or you need the finances so that you can cultivate what you have innately,” Lewis said. “The things that stick out to me the most about HBCU Week and the thing we never want to lose sight of is that we are helping people change their lives through education.”