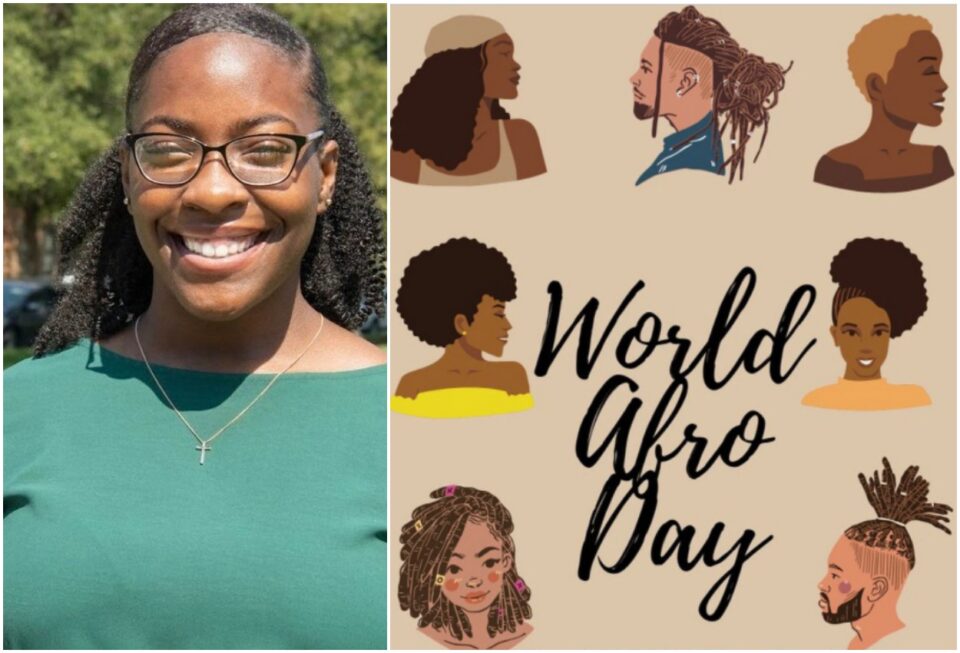 The natural hair movement has long been an integral part of Black history. From cornrows and locs to afros and Jheri curls, they have all been an expression of Black culture for decades. But the struggle between natural hair and acceptance transcends class and corporate America. In fact, it is deeply rooted in Eurocentric ideals.

Social media has played a pivotal role in the evolution of the natural hair movement. The impact of natural hair content has amplified the power in sharing the daily struggles of Black women.

After learning about Black women’s natural hair struggles on Twitter, for Phiandrea Pruitt, a senior social work major at Delta State University, she was compelled to do something about it, WLBT reports.

The Memphis native’s ambitious efforts led to her introduction of the CROWN ACT (Creating a Respectful and Open Workplace for Natural hair), a law signed on July 3, 2019, to prohibit race-based hair discrimination. Led by the CROWN Coalition, the CROWN ACT “expanded the definition of race in the Fair Employment and Housing Act (FEHA) and state Education Code, to ensure protection in workplaces and K-12 public and charter schools,” as per its website.

Although State Rep. Orlando Padon of Mississippi plans to introduce the CROWN ACT in the 2022 Legislative Session, Pruitt is determined to spark conversations about Black natural hair in professional settings now rather than later.

As a social work major, Pruitt acknowledges the importance of practicing self-care and desires to help empower others. She decided to bring a “World Afro Day” event—founded on Sept. 15, 2017, by Michelle De Leon—to her Delta State campus.

In 2019, Pruitt anxiously brought her idea to her school administration. With only two weeks of planning, Pruitt became the visionary behind “World Afro Day” in hopes of creating access to education and celebration of Afro hair and identity on campus. Last year, she hosted the first event, which featured pop-up shops, panel discussions, a social hour, and a paint party.

“Afro is short for ‘Afrocentric,’ and this day of awareness was created to celebrate hair of different textures,” said Pruitt in a school statement.

Since then, her initiative has evolved into a program open to the entire community, encouraging people from all walks of life to extend their support and learn. Pruitt is proud to have received so much positive commentary from freshmen to professors.

“These conversations have to happen because it’s the real world,” Pruitt told WLBT 3. She added, “To be an ally, you have to be aware that it’s something personal for us. Just because you aren’t the person that inflicts that pain doesn’t mean that your presence is enough. You have to actively work towards being understanding of [what’s] going on.”

Additionally, the program has furthered the conversation on how Black women have faced diversity and endured hair discrimination in the workplace. Professors and law enforcement officials were also among professionals who shared their negative experiences being the only Black people in their work environments.

Pruitt has proven her tenacity. We look forward to 2022.