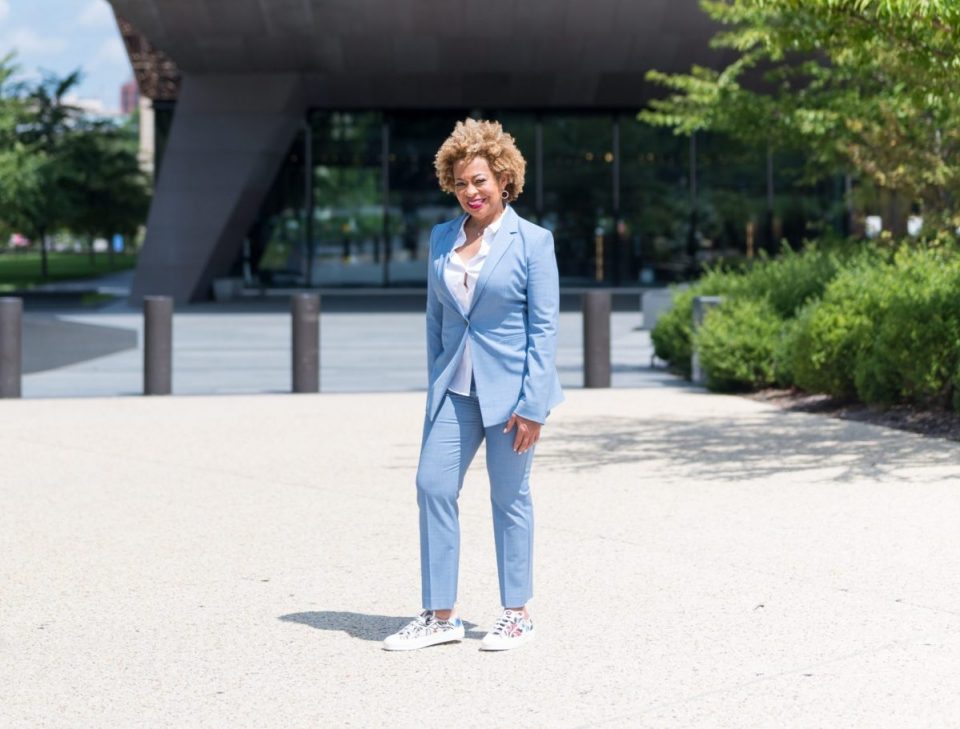 Architecture is an extremely difficult field to enter, especially for people of color. In a 2018 report from the National Council of Architectural Registration Board, nonwhite architecture professionals are 25% more likely to stop pursuing licensure with a nonwhite professional representing 45% of participants in the Architectural Experience Program. Black women are an even smaller margin when it comes to diversity within the sector. One woman decided to take her savings to start her career in architecture and is now celebrating 30 years in the business.

Deryl McKissack is the owner of McKissack & McKissack, a firm responsible for overseeing construction projects including the Obama Presidential Center, the National Museum of African American History and Culture, the Lincoln, and several Martin Luther King, Jr. memorials. In an interview with BLACK ENTERPRISE, McKissack shares her story about getting into the architecture field and the importance of diversity in the sector.

BE: What inspired you to get into architecture?

McKissack: Architecture was in my blood. I’m the fifth generation in our family to go into the architecture, engineering, and construction (AEC) business. My great-great-grandfather, a freed slave, was a builder, as was his son, my great-grandfather. His son, my grandfather, was the first Black registered architect in Tennessee. And my father, also a registered architect, would take me and my twin sister to work with him when we were 6, prop us up on his drawing boards and teach us how to draw details, do schedules, use Leroy lettering, make legends, and everything else. By the time we were 13, he was using our drawings.

My sister and I both went to Howard University on academic scholarships as double-majors in architecture and engineering. But I was more drawn to the practical side of things—how buildings work—and eventually made engineering my major. After I graduated, I went to work at an engineering firm.

How did you get your start working in the field?

My first job after school was evaluating flood insurance studies for Dames & Moore, and I quickly realized it wasn’t for me. I wanted to be out in the field managing major construction projects, not sitting behind a desk in an office all day. So six months later I landed a job doing exactly that at Turner Construction Co. But on my first day on the job, I showed up in a proper gray skirt suit my mother bought me, looking like a Southern Belle. The construction manager on the site looked at me in shock and said, “You’re Deryl? I thought you were a man!” I told him not to worry; I had my jeans and construction boots in the car, and marched right out there and changed.

Five years later, I was recruited by Howard University to run facilities for 18 months. When I finished that job, I decided it was time to start my own business. After being in corporate American, where I felt my voice wasn’t heard, I wanted to found a business that would be diverse and inclusive and everyone would be heard.

What were the challenges you faced as a Black woman entering this field?

It is definitely a double-whammy, so the challenges have been many and varied.  But as Black women, we are always second-guessed and often not taken seriously on projects. Also, as a Black woman, I was often the only person in the room, or at the table, who never had a voice.  And it’s equally hard to get in the room or get a seat at the table if you’re a Black woman.

Another issue is that it’s hard to be constantly questioned about your capabilities—even after you’ve proven yourself time and time again. For instance, we’ve done major work on landmarks and the nation’s most popular museums. They’re all on the National Mall. And because McKissack & McKissack is headed by a Black woman, we’re still questioned about our capabilities when we go after large jobs. I feel like a lot of the industry is always looking for us to make a mistake, so we’re held to an almost impossible standard—flawless and excellent performance. But the majority of firms make mistakes all the time; they even default. But if I make one mistake, I feel like I’m hurting all the women- and minority-owned firms who come behind me.

Getting financing is another huge challenge. About a dozen banks turned me down early in the history of my business. Finally, one bank came through, but they made my husband, who has nothing to do with my business, come to the bank with me. He knew nothing about my business at all. Banks put minority firms through a lot more scrutiny to borrow much less money.

Why is it important to showcase the diversity within architecture and how that impacts the Black community?

First of all, embracing diversity gives you unique perspectives from many different people, and that leads to creative solutions. Whenever you ignore a specific group of people, you’re missing out on major opportunities. And the Black community is a major group of people and an integral part of American history.

Without minority communities, society is homogenous. Homogen[y] is an easy solution, but not the right solution. No one wants to be left out; it makes them feel disenfranchised. If you don’t showcase diversity in architecture it says we don’t have architects who are diverse.

Few realize that Blacks have made major contributions to so many fields in our country because we haven’t showcased them. It’s like wiping out history.  Charles Richard Drew’s discovered how to preserve and process blood plasma. Mathematician Benjamin Banneker did the layout for the entire city of  Washington, D.C., and architect Paul Revere Williams not only designed many public and private buildings but also did the homes of many big stars—from Frank Sinatra to Barbara  Stanwyck. Today, David Adjaye and Phil Freelon designed the National Museum of African American History and Culture, one of the most visited institutions on the National Mall.

People can’t remain blind. Black people have been written out of history since the beginning of time and that is exactly why we have to showcase diversity in architecture and all fields.

What’s been the proudest moment in your career? (a project you’re particularly proud of)

As an African American, when I got the call that we won an indefinite-delivery contract from the Smithsonian, it was the proudest moment of my life. No other minority firm had ever been awarded this type of contract before—only majority firms. It’s for unspecified services that can be applied to any project. The African American museum was about to be built, and I asked if we would be working on it and they said yes, that was going to be our first assignment. It was thrilling.

What is your advice to other Black professionals who want to get into the field?

To not underestimate themselves, because people will always underestimate them. So they must be confident and chart their own path, which really goes back to what my ancestors taught me. People ask us how we made it through slavery, Jim Crow, and all the civil rights uprisings across the country in the ’60s, and I always say it’s because we didn’t allow others to define us. We defined ourselves as leaders, as builders, and as architects, and we charted our own paths.