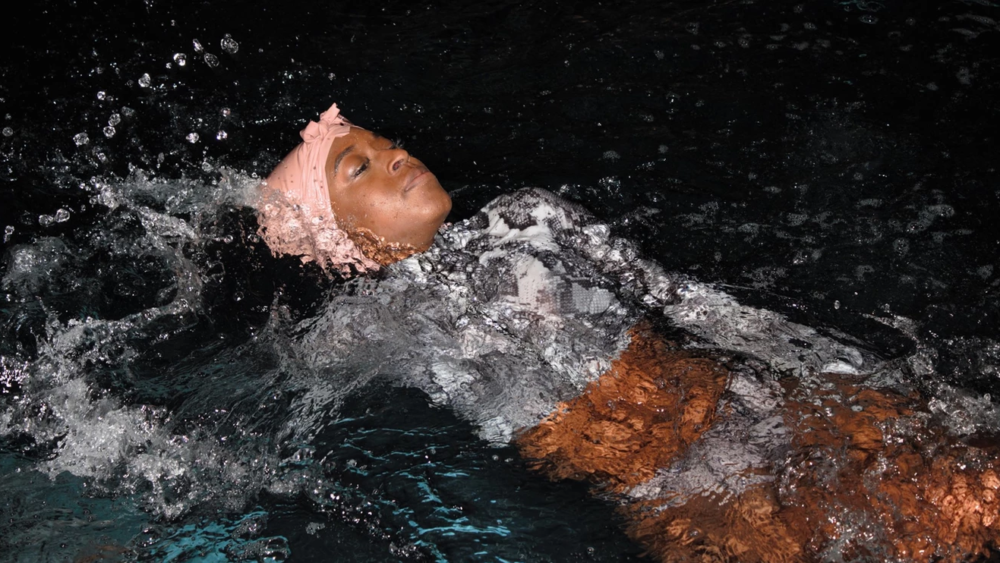 According to the USA Swimming Foundation, roughly 64% of black children have little to no swimming ability. While this statistic reinforces stereotypes about black people and swimming, there are myriad reasons for this particular skill deficit, including racial segregation dating back to Jim Crow laws.

But even when pools are available, another detractor is our hair. While swim caps are an option for some, most do not accommodate Afro texture hair which is usually too thick for the cap and doesn’t protect it fully.

For 38-year-old Danielle Obe, living in London, she wanted to find a way to encourage her daughter to learn how to swim. Six-year-old Kayla began to dread going to the pool because of her hair; Obe had given up on swimming for over two decades because she did not want to risk damaging her fragile coils. She told Metro UK that she was tired of the time-consuming routine when it came to her hair.

“The chlorine dries out the hair, causing it to be frizzy, brittle and ‘thirsty,’ which is what causes breakage, hair thinning, and—in some cases for women with processed, delicate hair—it falls off if the hair is not thoroughly washed out, conditioned, and rehydrated,” said Obe. “Getting into any type of aquatic activity then was a huge no-no. I couldn’t go swimming in the evening after work. If I did, how would I turn up for client meetings the next morning? Kayla hates getting soap in and around her face, so when it came time to wash her hair after swimming, she would scream and scream.”

Afro texture hair is more fragile than other types of hair and is specifically more vulnerable to chemicals in the chlorine found in swimming pools that makes hair drier. The time it takes to replace that moisture after swimming and styling can be very off-putting for black women looking to swim on a frequent basis. Obe and her daughter decided to experiment with different swim caps and nothing worked. It was through trial and error that led Obe to create something of her own.

Obe invented her swim caps, based on ancient Egyptian designs, to protect all hair types in the water. Now her entire family uses them. She also created the Black Swimming Association in partnership with Swim England after a recent report from Sport England revealed that 95% of black adults and 80% of black children living in the United Kingdom do not go swimming.

“After I created the design, I began sharing it with people. My aim was to encourage more people to go swimming, but we have also found many people use them in the shower, or to re-hydrate their hair,” she said. “The Nemes can be used by everyone, not just BAME [black, Asian and minority ethnic] people, to swim, steam, spa or shower, and protect color-treated hair in chlorine water so hair color lasts longer, and most especially, designed for Afro-Caribbean hair and hairstyles.’

The headscarves are currently available for pre-order and will go on sale this spring.