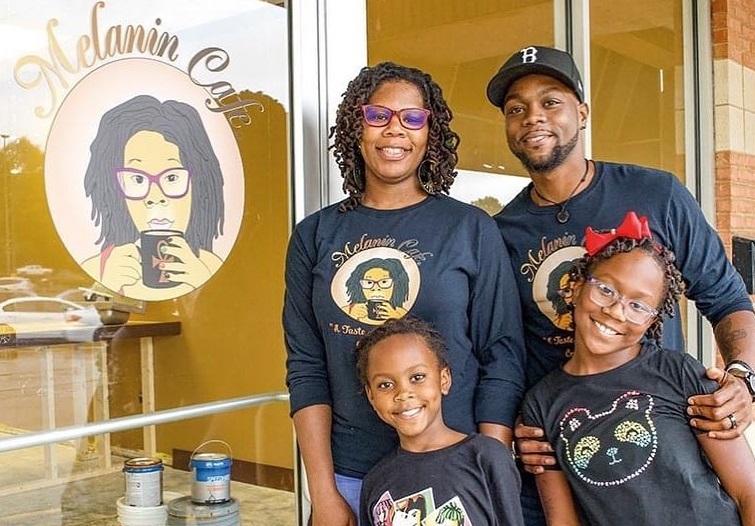 When Catrice Hixon decided to open a coffee shop in the Southern Alabama town of Opelika, she knew she wanted it to serve three purposes: to educate, inspire and unite.

The education and inspiration are built into Melanin Café’s offering of coffee, smoothies and pastries. Each of the 38 beverages on the menu is named after a prominent historical Black figure. But not the ones we’ve all been reading and hearing about since childhood.

There’s the “Big Bank,” named for businessman and investor Bernard S. Garrett; the “Sci-Fi,” paying homage to Octavia Butler; “The Resistance,” in honor of Geronimo Pratt, and many more.

“I wanted to bring forward people we don’t really know about, people like inventors, scientists and doctors,” Hixon tells US News & World Report.

“I just want to bring all of those people to the forefront so we know who they are and what they contributed to this country. It’ll inspire us to do things because representation matters. If we’re not seeing people that look like us do different things, we’re not really inspired.”

Beyond inspiration, Hixon also shares the not-always-pretty history of Alabama: one item on the menu is a green smoothie called Kowaliga, named after a long-gone African-American community. The town of Kowaliga, AL, which was home to the first Black-owned railroad, was flooded in 1926 when the Martin Dam was built. It now lies at the bottom of Lake Martin.

The unity she hopes to bring to Opelika is built into the space and the staff. It’s easy for her to create a sense of family for guests because Melanin Café is fully family operated. Each day, Hixon works alongside her husband Jakyra and her sister Crystal Slaughter. Hixon says she wants the café to feel “inviting and relaxing;” to the extent that she doesn’t even care if visitors buy anything. You can even learn the meaning behind Melanin Cafe beverages without visiting the shop, by checking out the Culture Corner on the shop’s website.

“I just want this place to educate people, inspire people and bring everyone together,” she explains. “If we learn about each other, we can coexist with each other.”