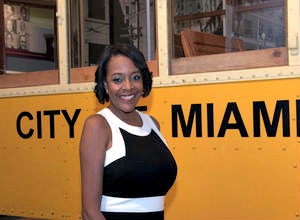 This is the second part of an amazing interview with Kenyatta D. Berry;Â a lawyer, technology leader, and co-host on PBS’ Genealogy Roadshow, a TV series which combines history and science to uncover fascinating stories of diverse Americans. Below, Berry gives us some insight intoÂ her role, as well as what we can expect this season.

How does a person become qualified as a genealogist?

Typically, genealogists start with their own family and branch out to friends and other family members. You can earn a B.A. in family history/genealogy from Brigham Young University, but most genealogists are self-taught. It’s a continual education process, and genealogists typically specialize in one or two areas. There are two accrediting bodies; the Board of Certified Genealogists and ICAPGen.

During a Season 3 clip, you told some of the participants that they were related to people like Amelia Earhart. How is it possible to make these types of connections?

We have a team of researchers who work with us and help make the connections to famous and infamous people. Sometimes, you have a nice surprise when researching a family tree. A variety of resourcesÂ areÂ used in the research process, including birth certificates, census records, death certificates, marriage licenses, pension records, and newspapers.

How did you land the role as co-host of the Genealogy Roadshow?

I met two folks from the production team for lunch to discuss hiring local genealogists. At the time, I was president of the association of professional genealogists (APG), which represents over 2,600 members worldwide. During our conversation, my passion for genealogy became clear, and they suggested that I go home and do a Skype interview. I did the interview and they sent it off to PBS. A few months later, I heard that PBS loved me, and the rest is truly history. I never thought I would be on TV, but I love it because I love genealogy.

What can viewers expect from Season 3?

Viewers will be surprised to see me cry on camera during a story about the Tuskegee Experiment. Throughout the segment, I tried to maintain control of my emotions, but then it hit me. This was his great granddaughter in front of me, and that made it more real. I looked up and realized it’s just hard being African American in America, and then the tears started flowing. There was not a dry eye on set that day.

The Genealogy Roadshow show airs at 8 p.m. ET on PBS–Tuesdays until June 28.Â