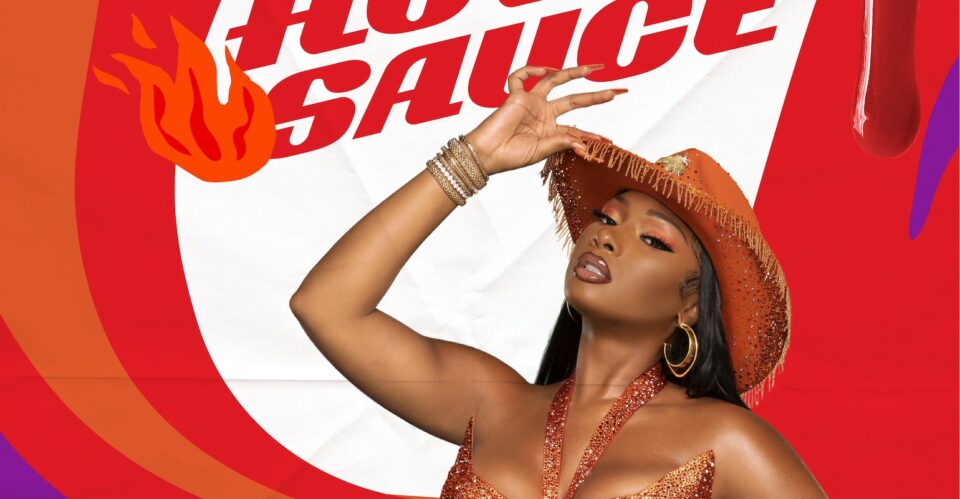 The Houston, Texas rapper has entered the restaurant business as a Popeyes franchise owner and business partner along with having her own merchandise!

Starting on October 19th, you can get the Megan Thee Stallion Hottie Sauce on the popular iconic Popeyes Chicken Sandwich and the new offering of Popeyes Nuggets in the United States and in 14 countries around the world.

This will be the first time the Popeyes brand will release a new variation of its Popeyes Chicken Sandwich. Also beginning on October 19th, you can purchase Popeyes x Megan Thee Stallion merchandise as it will feature three exclusive releases, with the first collection, Thee Heat, dropping at Noon on the website TheeHottieSauce.com.

Along with the announcement of Popeyes releasing merchandise and the Hottie Sauce, the franchise also celebrates accepting Megan as the latest Popeyes Franchise Owner. Popeyes and Megan will be making a six-figure donation to Houston Random Acts of Kindness, whose mission is to promote empathy and compassion while encouraging selfless concern for the welfare of others in the Houston community.

“Teaming up with Popeyes is such a milestone in my journey and evolution as an entrepreneur. I’ve always been a fan of the Popeyes brand and I’m thrilled to have the opportunity to join the brand and help create the new Megan Thee Stallion Hottie Sauce for their line-up.”

The first collection of Popeyes x Megan Thee Stallion merchandise, Thee Heat, will include bikinis, long sleeve shirts, hats, tumblers, and Popeyes chicken tenders plush dog toys. Customers and fans of Megan who are current Popeyes Rewards members and anyone who enrolls before October 18th will be among the first to receive exclusive information and early access to this limited edition hot drop on October 19th. There will be two more additional merchandise releases that will be available throughout November.

You can sign up at TheeHottieSauce.com to receive updates & notifications about forthcoming releases and information.