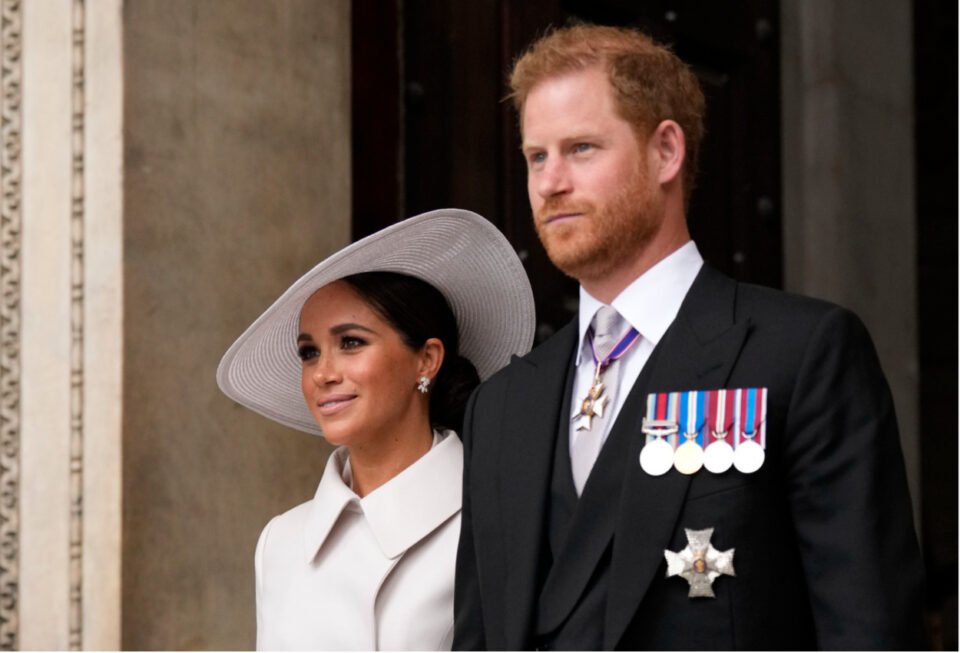 A couple advocating for change will always be worthy of honor.

Prince Harry and Meghan, the Duke and Duchess of Sussex, were presented with the “Ripple of Hope” award from the Robert F. Kennedy Foundation at a gala in New York on Tuesday night.

According to CBS News, the couple was honored for their human rights work alongside other honorees,  including Ukrainian President Volodymyr Zelenskyy.

During the event, an announcement was made revealing the launch of a student film award for projects about women human rights defenders. The award is a collaboration between the couple’s Archewell Foundation and the Robert F. Kennedy Human Rights Foundation.

“For Meghan to get out there on national television and normalize discussion of mental health, at this point, is incredibly important and very brave,” Kennedy said at the gala, according to the outlet.

“Together we know that a ripple of hope can turn into a wave of change,” the Sussexes said in a statement announcing the film project.

The award came two days before the release of the Duke and Duchess’ Netflix documentary series that outlines the couple’s experiences as members of the British royal family.

“There’s a hierarchy of the family. You know, there’s leaking, but there’s also planting of stories,” Prince Harry said in the trailer. “…It’s a dirty game.”

“The pain and suffering of women marrying into this institution, this feeding frenzy,” he continued.

As previously reported by BLACK ENTERPRISE, the couple voiced their experiences in an interview with Oprah Winfrey, which included racism from a British royal family member and the lack of support they received from the family.