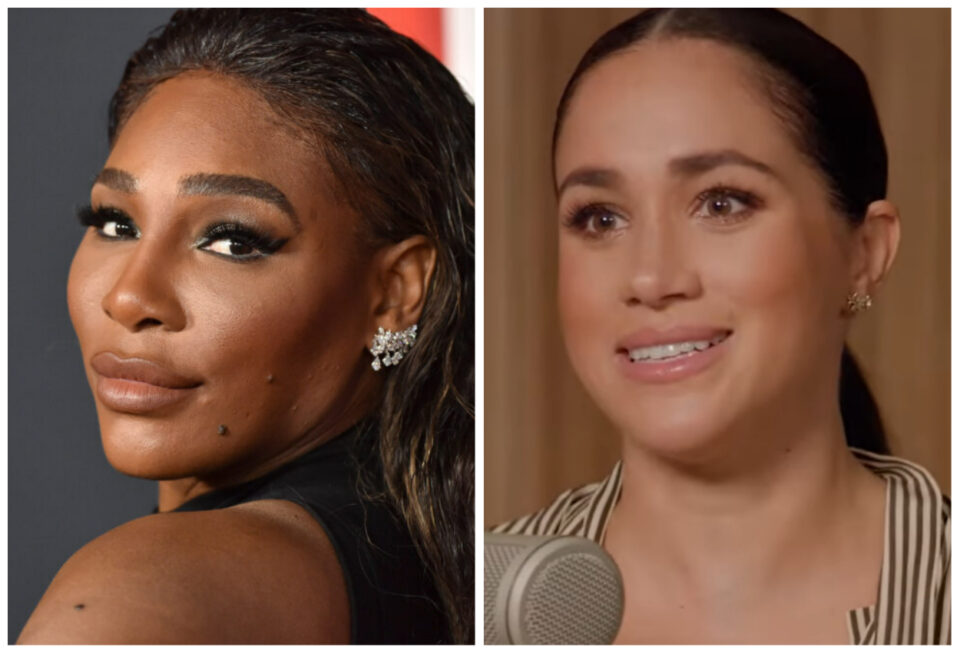 The Duchess of Sussex debuted her new podcast, and her good friend, tennis great Serena Williams, was center stage.

On Tuesday, ABC Audio announced that Meghan Markle released the first episode of her podcast, Archetypes. During the discussion with Williams, the two women bonded over terrifying situations involving their children, Good Morning America reported.

During the podcast, Markle opened up about a trip to South Africa, and while there, a heater caught on fire in her baby’s room. Luckily, the nanny took her son Archie with her to get a snack, so he wasn’t in the nursery when it was ablaze.

Williams shared a moment of mom-guilt during the 2018 French Open when her daughter, Olympia, broke her wrist after falling from a high chair. And to add insult to injury, Williams said she had to finish the match knowing her baby was injured.

After an initial encounter at the 2014 Super Bowl, which took place at MetLife Stadium in East Rutherford, New Jersey, the two women cultivated a friendship.

Williams has recently revealed that she is hanging her tennis racquet up for good, so the two friends discussed that in this first episode. During the talk, they stated that Prince Harry, who is married to Markle, had a hand in Williams’ decision to retire from the sport of tennis.

“He was trying to knock some sense into me, and I’m just like, ‘Uh,'” said Williams on Archetypes.

“I think, you know, I think both of us, or the three of us, really know that sometimes the right decision isn’t the easiest decision,” Markle chimed in. “It’s a hard decision. And it takes a lot of thought, and a lot of counsel and a lot of support to just go ‘uh uh uh’ and then just make the choice.”

Markle’s next episode, set for next week, will feature Mariah Carey.