Report: Meghan Markle Not Invited to Join Prince Harry to See Queen Elizabeth Before Her Death 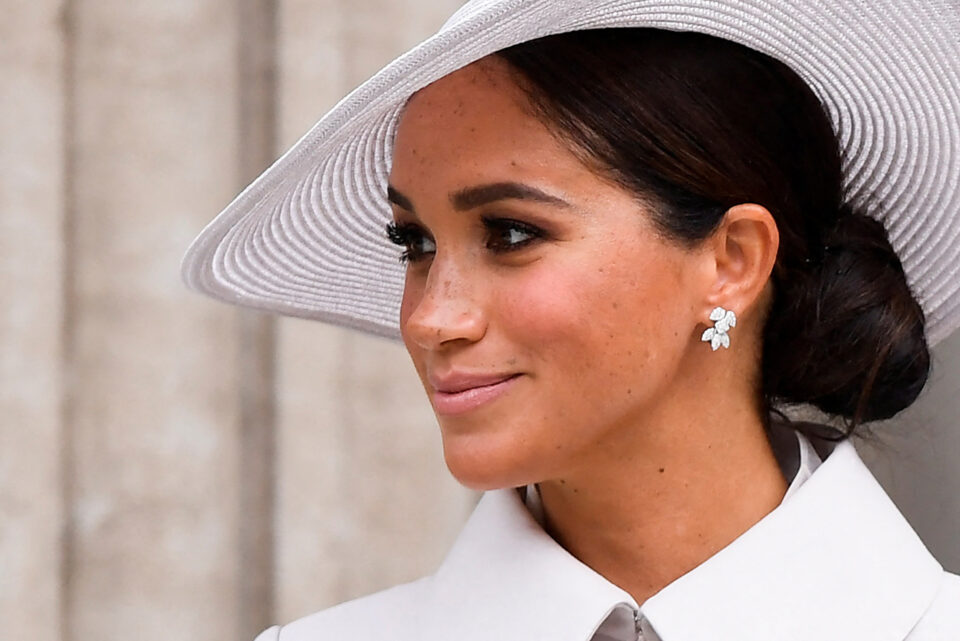 Britain's Meghan, Duchess of Sussex, leaves at the end of the National Service of Thanksgiving for The Queen's reign at Saint Paul's Cathedral in London on June 3, 2022 as part of Queen Elizabeth II's platinum jubilee celebrations. - Queen Elizabeth II kicked off the first of four days of celebrations marking her record-breaking 70 years on the throne, to cheering crowds of tens of thousands of people. But the 96-year-old sovereign's appearance at the Platinum Jubilee -- a milestone never previously reached by a British monarch -- took its toll, forcing her to pull out of a planned church service. (Photo by TOBY MELVILLE / POOL / AFP) (Photo by TOBY MELVILLE/POOL/AFP via Getty Images)

Amid news that Queen Elizabeth passed away on Thursday, her grandchild, Prince Harry, flew out to be with her one last time, but he made the trip minus his wife, Meghan Markle.

As Black Twitter flooded timelines following the Queen’s death by reminding the masses of the monarchy’s ties to colonialism, news quickly spread that Markle was once again being relegated to the back of the bus by the Royals.

According to Entertainment Tonight, Prince Harry, the Duke of Sussex, took a flight to see his grandmother, Queen Elizabeth, but showed up after she was already pronounced dead.

The Duke, who resides in California with his wife, Markle, the Duchess of Sussex, were both scheduled to make an appearance at the WellChild Awards in London. After getting the news that the Queen was not doing well, the couple was reportedly going to join the immediate family at Balmoral Castle.

Newsweek reported that a spokesperson from Sussex told the media outlet that they were heading there together. “The Duke and Duchess of Sussex will be traveling to Scotland.” They then stated that Prince Harry would be making the trip by himself.

“It’s understood that the family wanted Prince Harry to be there, even though he was unable to get to Balmoral in time to see his grandmother.

“But Meghan, the Duchess of Sussex, was not, we understand, invited to join the family. She has said she will go to Balmoral another time. But I think it is quite significant that Prince Harry traveled to Balmoral on his own without his wife.”

From various reports, it may have been due to either not being invited, or it could have been due to another royal deciding not to join the immediate family at Balmoral Castle, Kate Middleton.

Another royal expert, Victoria Howard gave a different theory to Newsweek on Markle not joining her husband on the trip.

“That does strike me as a little bit odd when most of the royals that are going are going in couples, Charles and Camilla for example. We think Edward and Sophie have traveled together.

“So slightly strange but we don’t believe the Duchess of Cambridge is there either so perhaps that’s more looking after the children, thinking about the wider family. So just sending the most close members of the family to see her. But maybe it does indicate something to do with the state of the relationship.”

Elle also reported that Middleton, who is the Duchess of Cambridge, did not go to Balmoral Castle, choosing to stay in Windsor to look after her and Prince William’s three children.

We are still side-eyeing the Royals…