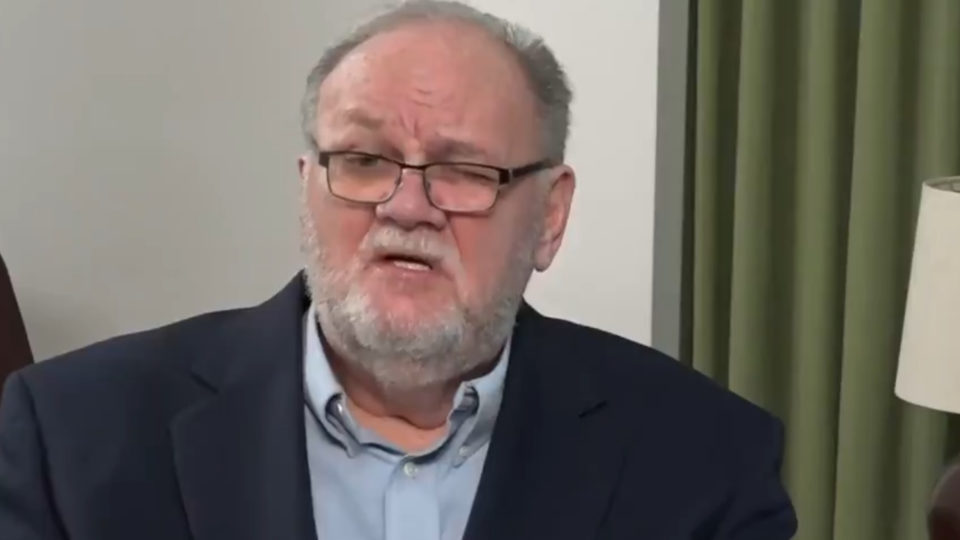 The relationship between the Duchess of Sussex, Meghan Markle, and her father, Thomas Markle, has not been a fruitful one the past several years. From the looks of a recent interview by Prince Harry‘s father-in-law, the seeds of discontent will continue to grow.

On Tuesday,  the disgruntled Thomas appeared on Good Morning Britain and resumed to trash his daughter and her husband.  The long-running feud doesn’t look like it will end anytime soon based on the comments the estranged father made about Prince Harry’s upcoming book, Finding Freedom.

“Harry’s coming out with a book, and that can’t be anything but cruel and to insult his grandmother, the Queen,” Thomas Markle said. “It’s a ridiculous idea, and it’s just something for money. That’s all they’re doing. Everything they’re doing is for money.”

“Do you think they’re happy?”

Thomas Markle says everything Prince Harry & Meghan ‘are doing is for money’ and Prince Harry’s book can’t be anything but cruel & insult his grandmother’. pic.twitter.com/oYJBkpHAcR

Thomas also commented about the change he insists took place in Meghan once she connected with Prince Harry. He said his daughter has disowned both sides of her family.

‘Once she hooked up with Harry, she changed.’

Meghan Markle’s father Thomas Markle says Meghan has cut off both sides of her family and he ‘doesn’t understand it’.

Twitter users took notice and made their feelings known after viewing the interview.

Thomas Markle must be desperately broke…again. What a deadbeat dad attacking his child for profit & notoriety. Shameless. Take lessons from Doria pls. Meghan Markle is right to cut him off from her kids’ lives#GMB must be shamelessly desperate for ratings – he isn’t newsworthy

Thomas Markle is being wheeled out again to attack Meghan and her brother is going on Australian reality show to attack her.

I don’t blame her for cutting off these weirdos out of her life.#gmb

While Thomas Markle is out here peddling his daughter, Meghan Markle, to the highest bidder, can we spare a moment to appreciate Meghan’s mom Doria Ragland, who has been caring and supporting Meghan and her family in “silent dignity”?

Enough Thomas Markle, ‘oh, my interviews will make her talk to me? Not if you are insulting her in interviews. Money – I wonder how much money you are making Markle from all your interviews? Predicting what Harry’s book is about, not that smart or you would stop the interviews😳

Thomas Markle is PAID for his appearances, and will say anything to make money off his daughter’s pain and suffering. No one should ever use their child for profit.

Every time I see Thomas Markle trending, I stop and say a prayer of thanks for my parents 🙏🏽 …. Because my Mom and Dad would NEVER….

Thomas Markle: “Harry is coming out with a book and that can’t be anything but cruel, and to insult his grandmother… it’s a ridiculous idea and it’s just something for money”

Yes, because his family would *never* do such a thing… pic.twitter.com/nUSwmb3eul

Seriously though @GMB stop exploiting this man for ratings – if you genuinely want to help him reconcile with his family, stop calling him to do the very thing that got him estranged in the first place.