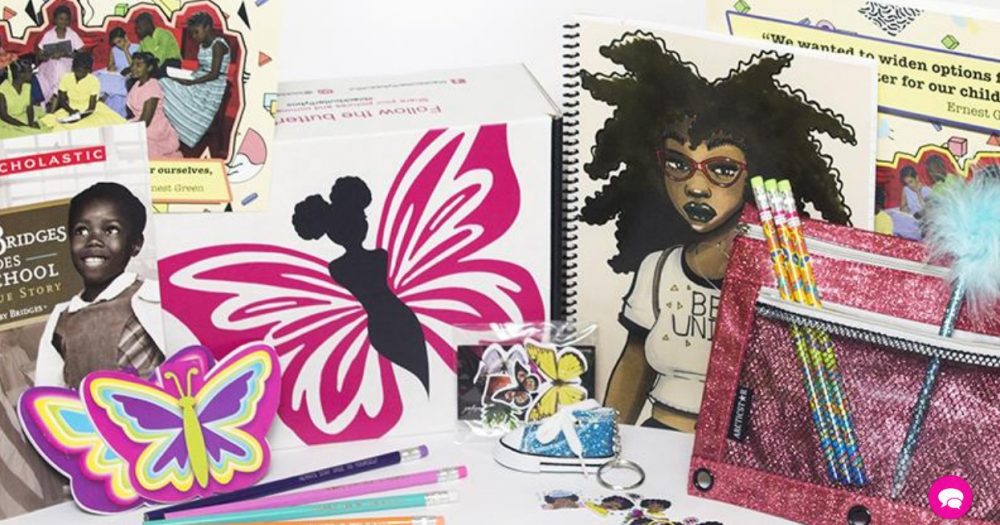 Journi Prewitt has always had a knack for taking care of kids.

Whenever she spends time with her relatives, she always gravitates toward caring for the younger children, the 17-year-old told the Chicago Tribune.

Putting her passion to work, the Memphis entrepreneur decided to create Black Beautiful Butterfly, a subscription box service for African American girls from ages 5 to 19. Her goal, she said, was to inspire black girls to build up their self-esteem and to read and learn more about their history and culture.

The idea, she said, grew out of the books and gifts she’d give her 6-year-old cousin. However, it was her godmother who encouraged her to make the boxes available to all girls.

“My godmother helped me to understand that all girls in the world should have somebody that’s supporting them and in their corner,” she said.

No wonder she earned the nickname “Mother Hen.”

Every month, a box is curated with a theme in mind based on the subscriber’s age. It features a book with black characters, products from black-owned businesses and other items, according to the Tribune.

The service, which launched in June 2017, offers several options, including a one-time purchase subscription or options for three, six, or 12 months. In the past, she sent out a box focused on three generations of black female activists. Another highlighted award-winning African American actresses.

“I want girls to see that there are a variety of things in the world for them to do,” she said.

She has a bi-monthly box for boys, too, that she calls, “Black Dragonfly.”

“My little brother saw my cousin getting a box, and he wanted one too,” she said. “I created the boy’s box to teach boys that being an athlete, actor, or reality show star isn’t the only option for success. I wanted them to know that they can be CEOs and billionaires.”

Prewitt, a Memphis resident, heads to college in the fall and she already has big plans.

Prewitt credits her mother, Shauntay Hampton-Prewitt, with teaching her the value of service.

She said her mother instilled in her the value of creating change no matter the avenue.

“As a teenager, it’s an amazing thing having a business that impacts people’s lives.” She wants to be seen as “a 17-year-old that’s doing something positive—yes, for herself—but more so for her community.”