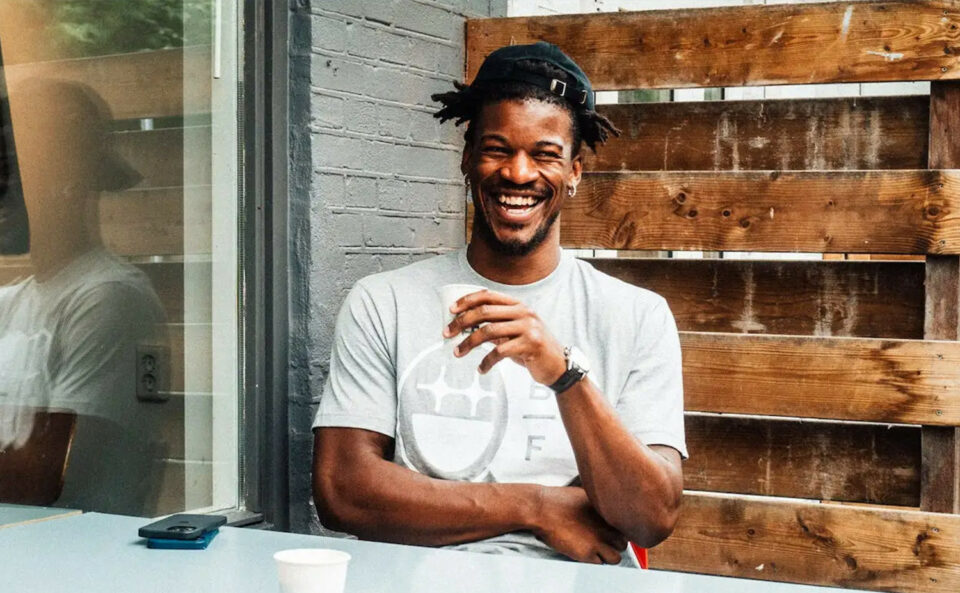 Just in time for summer, NBA star Jimmy Butler is taking his coffee brand, Big Face Coffee, up a notch with a new partnership.

The Miami Heat player is collaborating with ice cream company Van Leeuwen to add a frozen treat to his culturally shifting Big Face Coffee, Good Morning America reports. Butler and Van Leeuwen, which started as a yellow truck on the streets of New York City in 2008, are celebrating the release of a limited-release ice cream flavor called Big Face Coffee Affogato.

“Van Leeuwen as a whole is about bringing the best products to people, and I want to follow suit and be just like that, so this made all the sense in the world to me,” Butler said.

“Jimmy and I met in November, and within minutes I said, ‘Wow, this guy’s serious about coffee.’ Then I tasted the coffee and said they’ve got really good products,” which he ultimately knew would work well with their desserts, Van Leeuwen said.

Launched in Fall 2021, Big Face Coffee started organically and became a passion project for Butler. He introduced it to the Orlando NBA bubble during the 2020 season. Eventually, the brand expanded from a self-run cart to a variety of merchandise for everyone. Now, the brand will be brought to the masses in a unique way.

“We needed to make something that’s distinctly good, and that was really easy to do here because the coffee is so good,” Van Leeuwen said. “This was just sort of a side benefit, but Big Face’s creative and branding is some of the coolest I’ve ever seen and so unique — so that part of the collaboration seeing this little logo is really exciting.”

Van Leeuwen, well-known for its chill vegan flavors, has not yet announced plans to unveil a plant-based version of the limited-time flavor.

“The trial and error of us finding the right coffee, adding the sweet cream and ingredients, putting it all together — it was all a blessing. The Big Face team and the Van Leeuwen team really did something special, and I can’t wait to bring it to the world,” Butler said, per Front Office Sports.