Michael B. Jordan Teases The Possibility of Killmonger Returning in "Black Panther" Sequel 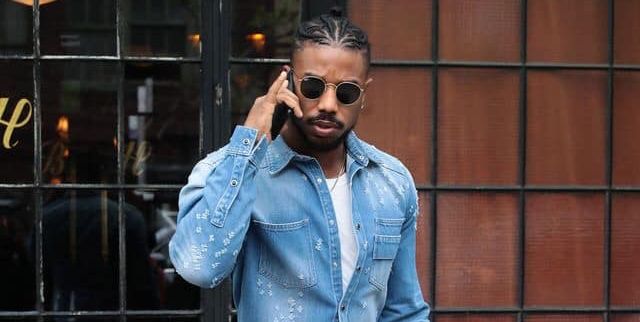 Just because Killmonger died in the original Black Panther doesn’t mean the Marvel Universe can’t find a way to miraculously bring him back for the sequel.

Michael B. Jordan appeared on the July 19 episode of Jemele Hill is Unbothered podcast and talked about the possibility of his character Eric Killmonger making a surprise appearance in Black Panther: Wakanda Forever.

Despite Killmonger’s fatal injury at the end of the 2018 film, Jordan is leaving it up to the film’s director Ryan Coogler to decide if Killmonger will reappear in the follow-up film.

Production on the sequel reportedly kicked off in Atlanta in June. The long hiatus came after an international health pandemic that put the entertainment world on pause and the August 2020 passing of the original film’s star Chadwick Boseman.

Jordan touched on the impact Boseman’s death had on the cast. The 43-year-old Howard University alum had been privately battling colon cancer when he passed away from the disease before production on the second film started. Boseman played the lead role of King T’Challa, aka Black Panther, and received praise from viewers for his onscreen performance.

“Having a tragedy we are all dealing with, like losing Chadwick, I think Marvel, [Kevin] Fiege, Ryan [Coogler] and everybody over there had to figure out what was next,” Jordan said. “I haven’t gotten the information, one way or another, so I’m not sure. But, whatever it is, they’re the right people to figure it out.”

On Wednesday, news outlets announced that Emmy-nominated actress Michaela Coel had signed on to join the sequel. While the official cast hasn’t been announced, many actors from the original film are expected to return, including Danai Gurira, Letitia Wright, Daniel Kaluuya, Winston Duke, Lupita Nyong’o, Florence Kasumba, and Angela Bassett, Variety reports.