Struck By a Smooth Criminal? Michael Jackson Impersonator Defends Himself Against Attacker 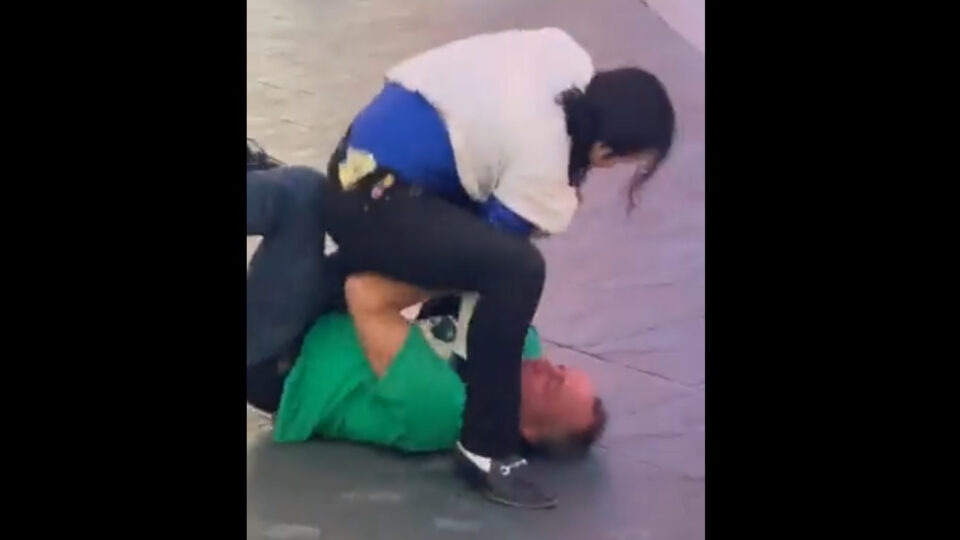 A Michael Jackson impersonator recently saw Blood on the Dance Floor when he engaged in fisticuffs while defending himself against a seemingly drunken man.

In a video clip that went viral on social media, Santana Jackson, a Michael Jackson impersonator, is seen in a State of Shock as he is tangling with a drunk man who wanted to be starting something with the MJ entertainer.

Jackson, however, also happens to train in mixed martial arts and handle himself well when the seemingly drunken man watched him and then punched him in the face, apparently for no reason.

Jackson reposted the video on his Instagram while giving a short explanation as to what happened:

“That’s why I train I’m not trying to hurt this guy just trying to restrain him from swinging at me
So I was performing and this guy came out of nowhere and started hitting me so I have to put him down for his own good.
Please know I don’t think fighting is the answer so try to avoid a fight if u can . Stay safe”

Although it was a Dangerous situation, Jackson may have had Butterflies, but he pulled out the Victory over the not-so-Smooth Criminal.

OK, we are doing the most with the MJ song references, but this is one situation that really wrote itself.

Black Twitter remains undefeated as the viral video clip was viewed more than 2 million times, with many people joining in with jokes of their own.

Are you OK Annie?

MJ been serving on the streets pic.twitter.com/0ZctDx4PiA

This is the most “what have I done” moment I’ve ever seen on this app pic.twitter.com/pMWdx7HBT1

His shirt says it all…Why would you pick a fight with a dude who’s clearly been in gang fights in a parking garage…. pic.twitter.com/SnzLwhcqzE

That moment when you’ve been hit by, you’ve been struck by a smooth criminal. pic.twitter.com/vN5XYl8pg2

I’m pretty sure this isn’t how he pictured his trip to Vegas going. pic.twitter.com/bnJ1SDLZEI

My boy started thinking about how life could’ve been if he got that promotion and now he getting beat down by Michael Jackson. It be like that pic.twitter.com/FMlQ5MDT0t

Had that man in a He He Headlock. pic.twitter.com/9cUMV82Lu5

Not him posing on the ground like he an avenger pic.twitter.com/3OTdZweTGp

Do u remember?
How it all began?
It just seemed like heaven, so why did it end? pic.twitter.com/F3joHSQbe4

How do you explain this to friends and family, that an MJ impersonator had you in a headlock and made you tap out pic.twitter.com/RppWx1xQS0

He told him to beat it but he didn’t. Tell him that it’s human nature. I bet he will remember the time.