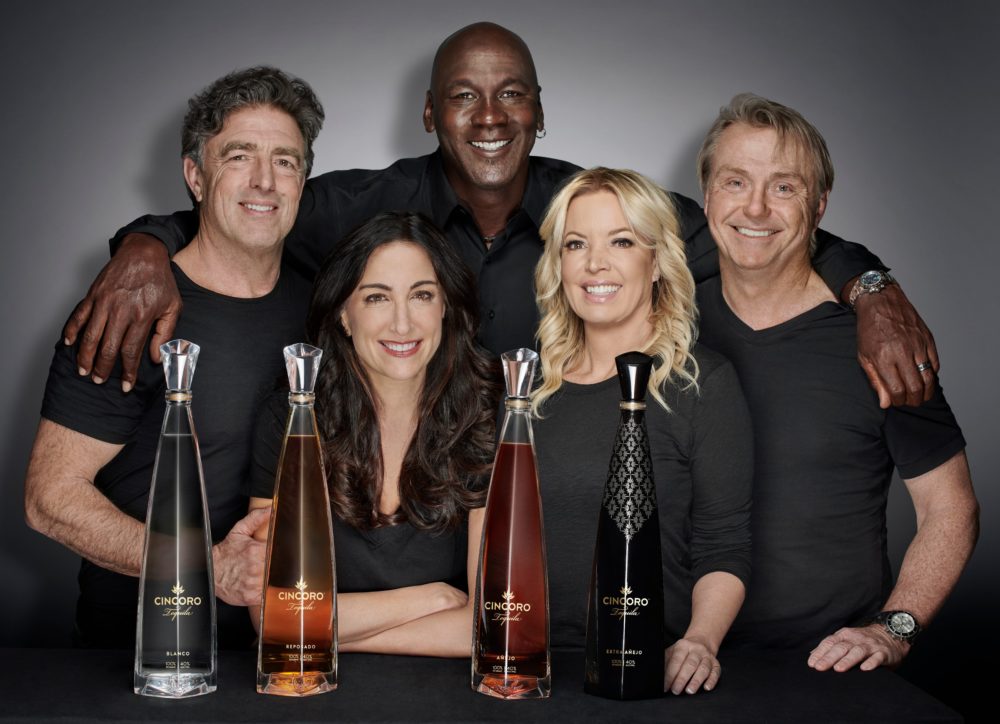 Michael Jordan has long excelled at anything related to basketball—as a player, an owner, even a one-man athletic brand. But Michael Jordan tequila? According to Forbes, Jordan has enlisted four other NBA owners to help with the launch of a new tequila called Cincoro.

Back in July 2016, Jordan met with four NBA basketball team owners: Jeanie Buss of the Los Angeles Lakers, Wes Edens of the Milwaukee Bucks, and Emilia Fazzalari and Wyc Grousbeck of the Boston Celtics. They bonded over dinner and a mutual love of tequila. And from that dinner, a partnership was born.

“We set out to create a sipping tequila that is ultra-smooth, naturally rich, complex and delicious; a tequila with exceptional taste,” explains Emilia Fazzalari, chief executive officer and founding partner of Cinco Spirits. “Through hard work, determination and collaboration with our amazing group of founders and extended team, we have brought to life Cincoro Tequila. We believe each of our four Cincoro expressions provides a unique tequila experience that can transcend the category. We cannot wait to share Cincoro with the world,” she stated in a press release.

The brand name, Cincoro, translates to “five gold” in Spanish (“cinco” meaning five, “oro” meaning gold), and it pays homage to the five founding partners and their pursuit to create the gold standard in tequila. Their four tequilas—a blanco, a reposado aged eight to 10 months, an añejo aged for 24 to 28 months, and an extra añejo, aged for as long as 44 months—launches this month in 12 markets: Arizona, California, Colorado, Connecticut, Florida, Illinois, Massachusetts, Nevada, New Jersey, New York, Washington D.C., and Wisconsin. It will go nationwide in January 2020.

Jordan, who has helped design some of his Nike Air Jordan sneakers, reached out to his longtime collaborator, Mark Smith, Nike’s vice president of innovation special projects, to perfect the bottle for the upscale Tequila. The glass bottles have five sides shaped loosely like an agave leaf, with a base that tilts up at 23 degrees in a subtle nod to Jordan’s iconic jersey number.

‘Meet #Cincoro, an award-winning family of exceptional tequilas that uniquely combines two separate 100% Weber Blue highland and lowland tequilas into one signature blend for a taste unlike any other,” from the company’s Twitter account announced.

You can find out more information and where to purchase Cincoro on the Cincoro website.