Microsoft Office May Finally Hit the iPad Next Week 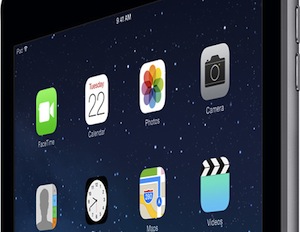 On Monday, Microsoft is holding an event in San Francisco, rumored to be the announcement that finally brings its Office suite to the iPad. The news brought its stock up to $39.90, a number unheard of since July 18, 2000, according to Forbes.

The choice to bring Office to Apple’s mobile doorstep could be potentially disastrous for Microsoft’s mobile hardware.

While Windows Phone is in third place in the smartphone battles, having Office makes it a compelling choice for business owners and employees, as it’s the de facto standard among workplace environments.

Office 365, Microsoft’s cloud-based version of Office, will come with a subscription fee. The iPad is the best-selling tablet, so the install base is definitely larger than Microsoft’s base of Surface users.

But once the exclusivity is gone, what’s the real draw to Windows Phone? It surely isn’t the Windows Phone’s app store, which lags behinds both Google’s Play Store and Apple’s App Store.

And if the iPad, often seen as a laptop replacement, runs Office, it could cut into Windows laptop sales as well. It’s tough to see how the tradeoffs would be in Microsoft’s favor in the long run as a hardware manufacturer.

CEO Satya Nadella has been a noted advocate for mobile and cloud services, and believe that Microsoft’s future will heavily rely on cloud services like Office 365.