Mike Hill Talks Candidly About the Ups and Downs of Relationship With Cynthia Bailey, ‘We Might Not Make It To Year Two’ 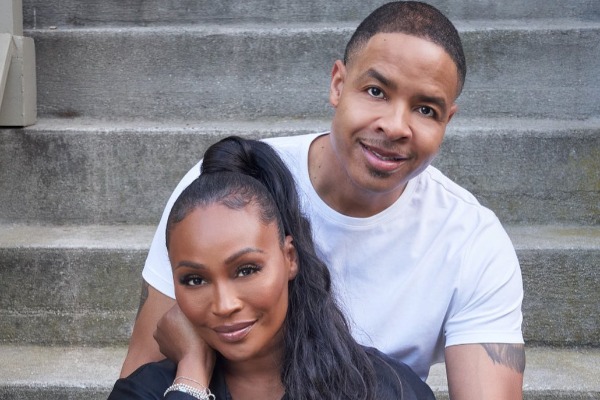 Mike Hill opens up about the ups and down of marriage with his sweetheart model and actress Cynthia Bailey.

The Real Housewives of Atlanta‘s husband recently appeared on Behind The Velvet Rope podcast where he explained some of the issues that comes with the marital territory fresh in the second year of marriage to Bailey.

“Sunday was our anniversary, and then I took Monday off and had to go back to work on Tuesday. We basically stayed in town and went to this great hotel that’s in town in West Hollywood, and we just chilled, went to dinner, and enjoyed each other’s company,” Hill said.

He went on to reveal a recent argument that made him start doubting if they would make it as a couple.

“But I’ll say because we are also very transparent…yeah we argue, and I’m going to tell you right now that Sunday was great [but] that Monday, I was like, ‘We might not make it to year two,'” he transparently revealed.

“Because it was just something that happened, I don’t go too far into our business – it was nothing malicious. It was just a misunderstanding. A lot of times, it’s just communication.”

“Please don’t believe bs,” Mike told someone through a DM after the woman shared the story. “Not exposing me cuz THAT’S not ME.”

“Don’t know this person or why they’re doing this but my lawyer has been contacted,” he added.

Despite Hill’s history of cheating in past relationships, he claimed he wouldn’t do the supermodel turned reality star wrong.

“I wouldn’t do her like that. That’s dumb. Far from it,” he said. “Just someone who hates progress or I pissed off making up stuff. Well, not from MY account and that pic is NOT mine. I know that I look like. Thank you.”

When approached by paparazzi about the alleged naughty pics, Hill seemingly reiterated his claims of taking legal action.

“We’ll take care of it the way it’s supposed to be taken care of,” he told TMZ at the time.

Hill and Bailey met through their mutual friend Steve Harvey on an arranged blind date a few years back. After quickly falling in love, the couple got engaged and tied the knot in a controversial ceremony during the height of the pandemic.