How Mike Tyson Lost $300 Million Fortune Due To Scandal 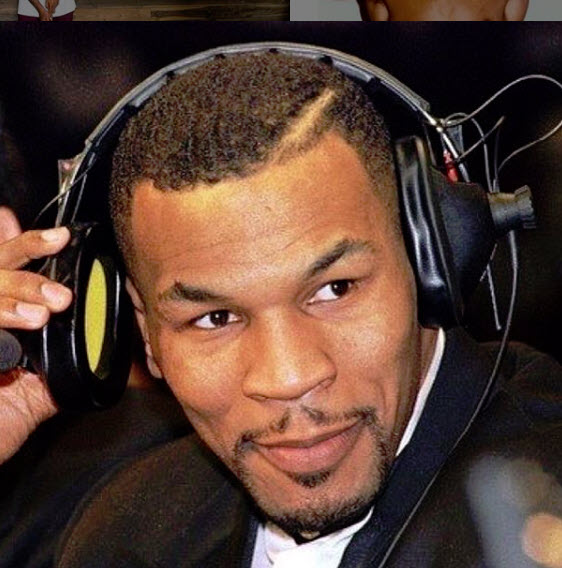 In his prime, Mike Tyson was one of the most celebrated athletes of all time. Through out the ’80s and ’90s, there wasn’t a professional boxer in the world who held a candle to his razor sharp precision. His trademark right hook, uppercut combo knocked out the biggest names in the sport, earning him the nickname “Iron Mike.” With the distinction of being the youngest heavyweight-boxing champion in history, he pulled in a $300 million fortune. But over the years, Tyson’s boxing career unraveled and he became better known for his antics outside of the ring.

Arrested 38 times since 1986 for everything from DUI to rape, the once-undisputed heavyweight champion of the world made fans believe he was down for the count. But after retiring from boxing in 2006, a down-and-out Tyson began to make a name for himself in Hollywood. In 2008, he was the subject of the stirring, self-titled documentary, Tyson. One year later he received praise for his comedic cameo in The Hangover (2009), and again in its sequel, The Hangover Part II (2011). He recently took on a short stint as a reality star in Animal Planet’s, Taking on Tyson (2011), which chronicled his interest in pigeon racing.

Here is a deep dive examining the bouts and endorsements that made Tyson a multi-million-dollar superstar athlete, and the reckless decisions that marred his life and stripped him of his fortune.

“I never saw my mother happy with me and proud of me for doing something. She only knew me as being a wild kid running the streets…Professionally, it has no effect, but it’s crushing emotionally and personally.” – Mike Tyson

Tyson was a troubled youth, who sought solace in the hardscrabble streets of Bedford-Stuyvesant, Brooklyn. His father abandoned the family when Tyson was two-years-old, leaving his mother to struggle as a single parent. By 13-years-old, he was already a juvenile delinquent with a full rap sheet. Tyson was eventually sent to the Tryon School for Boys in Upstate NY. It was at this reform school that he met ex-boxer Bobby Stewart, who introduced him to Cus D’Amato, the man who became Tyson’s first role model, boxing mentor, manager and legal guardian.

Under the tutelage of D’Amato, Tyson began a meteoric rise to stardom. As an amateur fighter, he won a gold medal at the 1982 Junior Olympic games. On March 6, 1985, Tyson held his first fight as a professional boxer–he won all 15 bouts he had that year. The next year, Tyson lost his mentor and father figure to pneumonia, but the promising up-and-comer used his grief to his advantage. He pummeled every opponent who stepped foot in the ring with him, including Trevor Berbick, who lost his heavyweight title to Tyson when he was knocked out in the second round. Soon the Kid Dynamite clinched the coveted World Boxing Council (WBC) belt, making him the youngest heavyweight champion in the history of the sport at 20-years-old.

At the top of his game, Tyson beat James Smith and Tony Tucker, winning the World Boxing Association (WBA) and International Boxing Federation (IBF) titles, respectively, in 1987. As a result, Tyson made an estimated $50 million from his matches, and the endorsement deals started to pour in.

Tyson was tapped by then-Nintendo president Minoru Arakawa to create Mike Tyson’s Punch-Out!!, which sold over two million units worldwide, and is now regarded as one of the best video games of all time. According to the L.A. Times, Tyson was “demanding two million dollars per fight in 1987, and earned $35 million in boxing purses in 1988.”

He made millions more in endorsement deals with Pepsi, Eastman Kodak, and Nintendo.That same year, having already won 34 bouts in a row (30 of which were knockouts) and seven world title wins in 16 months, the 5’10, 218-pound behemoth knocked out Michael Spinks in what is widely regarded as the most dominate performance of his career. The bout was deemed the richest fight in history at the time, and earned Tyson a record purse of $22 million.

DOWN FOR THE COUNT

During the now infamous television interview with Barbara Walters, Tyson’s then-wife, actress Robin Givens, told Walters that her marriage was “pure hell,” and that Tyson has “a volatile temper” and “a side to him that’s scary.” Soon after, Pepsi reneged on a one-year $10 million deal when word got out that Givens left Tyson because of his abusive behavior. Nintendo pulled Mike Tyson’s Punch-Out!! from shelves, declined to renew his contract and renamed the popular video game Punch-Out!!!

The backlash also began to affect his performance in the ring. In 1990, Tyson hit the mat for the first time when underdog Buster Douglas stripped him of his undisputed champion title. But the biggest blow to Tyson’s career came in the courtroom on February 10, 1992 when a jury found him guilty of raping an 18-year-old beauty contestant in the Miss Black America pageant, to which he served three years of the six-year sentence. The rape trial and conviction along with his divorce from Givens and other miscellaneous lawsuits and legal troubles cost him millions.

DON’T CALL IT A COMEBACK

Tyson hit the ground running with a vengeance when he got out of prison in 1995. He won his first two fights with ease, including an 89-second bout against Peter McNeeley, which grossed more than $96 million worldwide and was purchased by a record 1.52 million households. On November 9, 1996, Tyson fought Evander Holyfield, who was defending the WBA heavyweight title. The bout was six years in the making and billed as “Finally” on the fight card. Audience interest was high; the matchup garnered 1.59 Pay-Per-View buys. The world watched to see if Tyson could reclaim his title as the heavyweight champion.Â  But despite the odds placed on the fan favorite, Tyson was outfoxed by Holyfield, losing the fight in the 11th round by a TKO call from the referee.

Pit against each other seven months later, Tyson took home $30 million, while Holyfield nabbed $35 million, making this the largest single-event payday for any athlete or entertainer. Spectators in 1.99 million households tuned in to see the event, which grossed $102 million in revenue. The fight became one of the most controversial events in sports when Tyson was disqualified in the third round for biting off a piece of Holyfield’s ear, resulting in the boxing commission withholding $3 million of Tyson’s purse.

His next big fight came in 2002 against Lennox Lewis. The bout gave Tyson yet another chance to reclaim the heavyweight title, and generated $106.9 million in revenue. It was purchased for viewing in 1.95 million homes, setting a Pay-Per-View record. Tickets ranged from $500 to $2,400 a pop. Tyson lost the fight to Lewis in the eighth round and had to cough up $335,000 for biting Lewis’ leg during a pre-fight brawl a few months earlier.

After living in a $4.5 million mansion, and spending approximately $400,000 a month, Tyson filed for bankruptcy in 2003. According to The New York Times, the fallen pugilist’s debts totaled over $20 million, for everything from $173,000 diamond chains to having $13 million in back taxes and $51,000 in unpaid child support.

In an attempt to reinvent his tattered image (and pay his bills), Tyson took to Hollywood for a career in acting. Tyson, his self-titled documentary, debuted at the Cannes Film Festival in 2008 and received a 10-minute standing ovation. The film was released in the U.S. in April 2009, and went on to gross almost $1 million worldwide. That same year, Tyson tickled funny bones in the blockbuster comedy, The Hangover; he was reportedly paid $100,000 for his small cameo role.

2011 proved to be a busy year for the comeback kid. Tyson made $200,000 for his work in The Hangover Part II, and launched his reality show, Taking on Tyson, which explored Tyson’s love of all things pigeons, including auctions, rearing and competitive racing. The show’s premiere ratings were below average with only 560,000 viewers

Tyson continues his renaissance this month at the MGM Grand’s Hollywood Theater in Las Vegas as he takes the stage for his one-man show, Mike Tyson: Undisputed Truth — Live on Stage. Tickets start at $99, and are reportedly selling well.  If the show is a success, he plans to take it on tour and then to Broadway. Inarguably the most outrageous character in modern sports history, Tyson is on a mission to show the world that just beneath the ferocious, hothead, who lived a life plagued with troubles, is a re purposed man with an inspiring tale of triumph and survival.