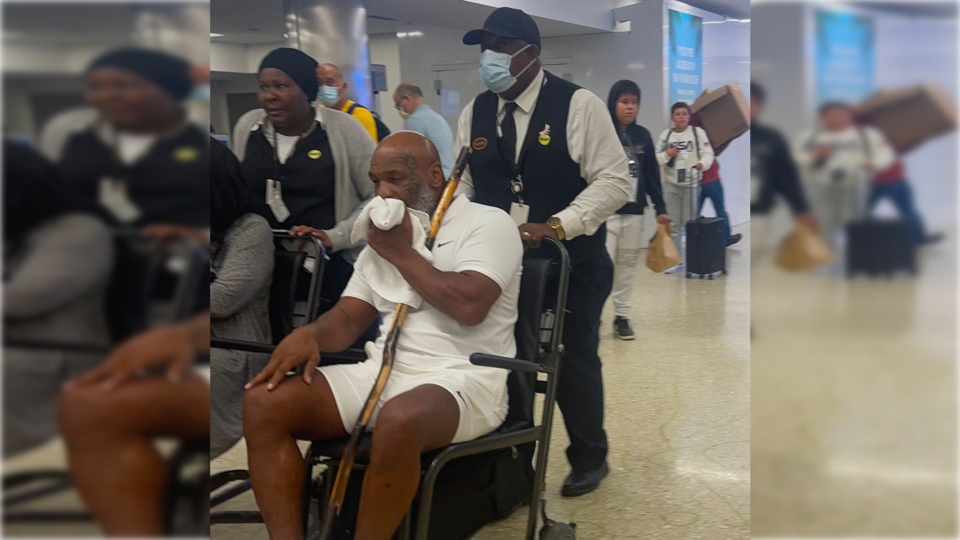 Concerns arose about the condition of former heavyweight boxing champion Mike Tyson when he was spotted traveling in a wheelchair at an airport last month.

According to The Shadow League, the 56-year-old cannabis entrepreneur was seen at an airport in Miami rolling in a wheelchair. In a video clip of an interview he partook in last month, Greta Van Susteren from The Record asked why he was in a wheelchair. He explained that he has sciatica after being asked if he had any other health issues.

.@MikeTyson explains why he was recently seen in a wheelchair.

“Thank God it’s the only health problem [I] have.”

The retired boxer recently chastised Hulu while talking to Access Hollywood host Mario Lopez after the streaming platform released an unauthorized biography, Mike. Tyson went on record saying that the docuseries was released without his input or approval.

“I was just here, and I wanted everyone to know that the show that they made, Mike from Hulu, I have nothing to do with it. They never offered me any money. They never came to offer me anything to be involved with the movie, and they just stole my story and ran.”

Tyson also stated that so-called “friends” sided with Hulu and assisted in helping give information about his life for the production of the unauthorized bio. He said he was in disbelief that they would do that to him.