Millennial Entrepreneur Turns Down $1 Million Deal; His Advice on Growing Your Business 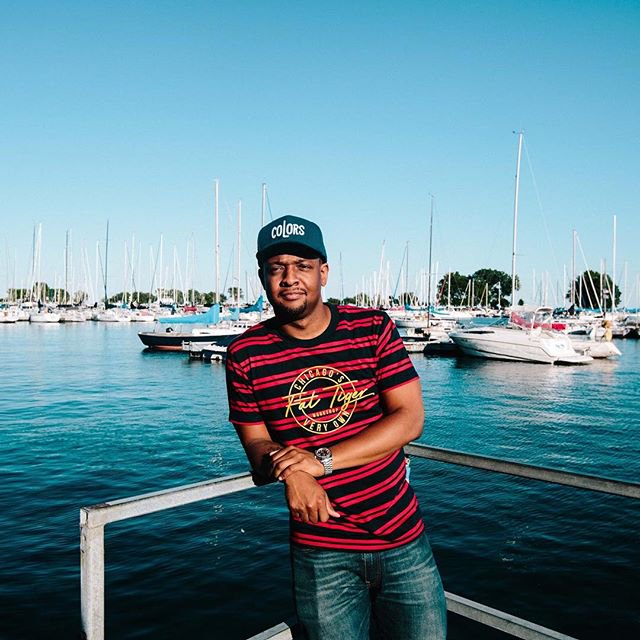 Before social media became an extension of our daily lives, millennial entrepreneur Jabari Johnson was interviewing the biggest names in hip-hop on YouTube. In 2008, he recorded exclusive interviews with Nicki Minaj before she officially signed her first major record deal with Young Money Records the following year. In 2009, he interviewed pop sensation Justin Bieber and J. Cole, who has gone on to become one of the most celebrated lyrical rappers in modern time. In 2012, Johnson produced a behind-the-scenes documentary of Macklemore and Ryan Lewis filming the music video for “Thrift Shop,” which, in 2013, became the duo’s breakout hit. Ahead of the trend, Johnson spotted talent on the cusp of mainstream success and used social media as a platform to create and distribute original content.

Early adoption and seizing opportunities has been a consistent theme in Johnson’s career. After working for major brands like BET and Capitol Records, he became a full-time entrepreneur in 2014 when he launched COLORS Worldwide Inc., a live events company that hosts monthly parties in the U.S., Canada, and the U.K. Although the company was a success, Johnson noticed a void in the market for party lovers of R&B music. That led him to launch the “R&B ONLY” event series in 2016. In its first two years alone, the musical showcase grew by over 2,000% in revenue. His company revenue also increased by 400% within one year, growing from $500,000 in 2017 to $2.1 million in 2018. COLORS went from producing 42 shows in 2017 to 67 in 2018, while ticket sales doubled and their venues were upgraded to hold up to 4,000 people.

Despite the success of his business, Johnson admits that he was tight for cash, especially because of the high production cost for each show. In a recent article, titled Why I Just Turned Down One Million Dollars, he explains why he walked away from a million-dollar investment deal late last year at a time when his company was strapped for cash.

“The reason I really wrote the piece was so that people going [down] this path know that when scaling a business, you’re going to be faced with an opportunity to either borrow money from somebody or take an investment that [requires you to give] up equity in the company,” he told BLACK ENTERPRISE. “These are some high-level things that you should be thinking about because they aren’t quite often shared or talked about.”

Here are five crucial takeaways about growing your business and working with a venture capitalist based on the article.

According to Johnson, it’s essential for business owners to have a direct line of communication to their customer base outside of social media. Social networks constantly change their algorithms and users may stop using one network when a newer option becomes available. Plus, a network may even start charging companies to reach the audience they’ve been developing. That’s why he suggests that entrepreneurs build an email list and collect as much data on their followers as possible.

“Not only do we own our audience, we have a personal line of communication with them, as well as a direct financial relationship,” he writes in the piece.

According to Johnson, it’s important to create a business plan for the next six to 18 months.

“For companies that are profitable early on, being able to scale at the pace the market demands can be a huge challenge. In the live events business especially, it’s all about planning six to 18 months in advance, and your current cash flow is often tied up in future show expenses (venue holds, talent, etc.),” reads his article.

Building and scaling your company are essential to business success. However, having the proper resources to expand can be a challenge for budding entrepreneurs. Hence, it’s important to be creative when and if your resources are limited. Johnson, for example, saves on the overhead cost of running his company by working with a small staff of just three full-time employees and three part-time. Everyone else on his team is contractual.

“Being resourceful is a trait that I’ve had since I was a little kid being raised by a single mom, so I take pride in the fact that we’ve been able to get here, like this,” he writes.

Find the Right Partner and Investor

One of the biggest takeaways in Johnson’s piece details the importance of finding the right investor who has a thorough understanding of your company, vision, and industry.

“I had meetings with potential investors, asked around my professional network for references, but I couldn’t really find the right fit in a partner,” Johnson writes. “Most people in the music industry (aside from the artists actually making the music) are not innately innovative and I knew a partnership with someone who didn’t think differently about the live music space just wouldn’t work.”

Johnson eventually found what initially appeared to be the perfect investor, who was willing to invest $1 million into COLORS when he was desperate for funding. However, after doing a fair share of research, he walked away from the deal.

The Art of Negotiation

The piece also stresses the No. 1 rule of negotiation: “it’s not a negotiation if you’re not willing to walk away.”

Before coming to the negotiation table, it’s also crucial for an entrepreneur to have a strong grasp on their company’s worth. Plus, as Johnson demonstrates, you should only sign a deal if and when you’re 100% comfortable with the terms.

“With this particular company, the restrictions and the threshold didn’t match up to what, I think, I was comfortable with,” he told BE.

In the end, Johnson walked away from a million-dollar deal, but, in return, he retained his creative freedom and complete autonomy over his business. Since then he told BLACK ENTERPRISE that he has been in talks with other investors, lenders, and sponsors.