#MillionaireMovesMonday: You Must Believe in Order to Achieve For the past several weeks, William F. Pickard, Ph.D., has shared excerpts with us from his new book, MillionaireÂ Moves:Â Seven Proven Principles of Entrepreneurship, as part of ourÂ #MillionaireMovesMondayÂ series. Each excerpt gave readers a peek into one of theÂ principles he feels are necessary to start and grow a successful business.

This week, the business mogul talks about the role that his faith has played in his success. Take a lookÂ at the excerpt below. 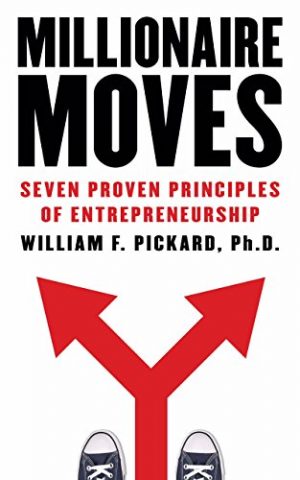 “During my down times, I know God is going to deliver,â€ he explained. “But I got to go through each stage–the ups, the downs, the sideways, the push backs, the setbacks. But I know how it’s going to end.â€

This is the same approach that’s been helpful for me. My deep-seated faith tells me that God is gathering all the pieces and patching them back together. Yet, I still have to climb the hills and swim through the creeks. After Regal Plastics failed, there was no message louder and clearer than that. I had pulled through the debacle, gotten my emotions back on track and even made a deal with a company that wanted to buy one of the plants. Then, at the last minute, the buyer pulled out and left me strapped with a $900,000 debt.

That’s the best kind of faith–faith in action. In his book, Love, Medicine & Miracles, Dr. Bernie Siegel writes: “When you suffer a misfortune, you are faced with the choice of what to do with it. You can wring good from it, or more pain.â€

He goes on to say: “Spirituality, unconditional love and the ability to see that pain and problems are opportunities for growth and redirection–these things allow us to make the best of the time we have … We see that there is no real past orÂ future,Â and that as soon as we start thinking in terms of past and future, regretting, and wishing–we lose ourselves in judgmental thinking.â€

Everyone has to figure out for himself and herself where they want to fit on the faith continuum. But I don’t believe I would be where I am today if I had not been taught to adhere to these basic spiritual rules. Faith has sustained me. It has propped me up. When doors were closed, it pointed me toward windows.

Pickard currently serves as CEO and chairman for six different enterprises, owns several McDonald’s franchises, and co-owns five black-owned newspapers. He also sits on the board of the National Urban League and is a member of the Detroit Branch of the National Association for the Advancement of Colored People (NAACP).