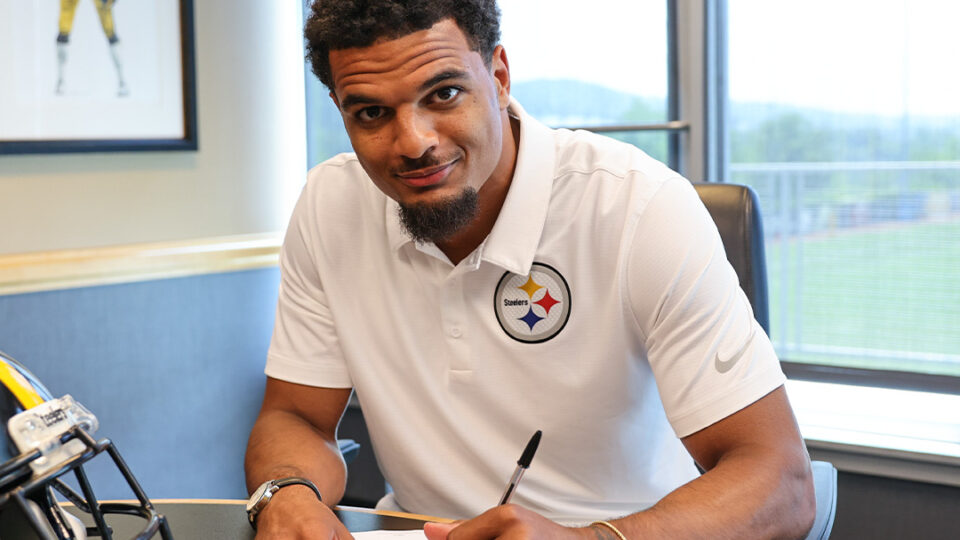 According to the Pittsburgh Steelers’ website, the NFL team has signed All-Pro safety Minkah Fitzpatrick to a new five-year contract.

The newly signed contract covers the final year of his current deal and extends an additional four years. With this newly inked agreement, Fitzpatrick becomes the highest-paid safety in league history.

“I am very excited,” said Fitzpatrick. “I am still kind of in shock right now. It’s a blessing. I am really excited. It’s just the beginning. I am appreciative. I am thankful. Now I just want to keep on chopping.

“I love the history here. What it stands for. The standard we are held to. The standard Coach (Mike) Tomlin holds us to, on the field and off the field. The standard of winning playoff games, division titles, and championship games.

“I really like it here. I have been playing well the last three seasons, at a high level. I love the atmosphere, the coaching, the tradition. Being able to continue that for the next few years is definitely a blessing.”

Although the Pittsburgh Steelers did not mention the financial terms of the contract, ESPN Senior NFL Insider Adam Schefter did reveal that Fitzpatrick’s agency, WME Sports, confirmed that he will make over $18.4 million a year. That includes a guaranteed $36 million at signing.

Steelers and All-Pro S Minkah Fitzpatrick reached agreement on a massive four-year contract extension worth over $18.4 million per year, with $36M gtd at signing, per source. The deal, negotiated and confirmed by @WME_Sports, makes Fitzpatrick the highest paid S in NFL history. pic.twitter.com/Rnb0jJWGoM

Fitzpatrick has been with the team since he was traded by the Miami Dolphins following Week 2 of the 2019 NFL season. Since Fitzpatrick arrived, he has twice been selected Associated Press First-Team All-Pro (2019, 2020) and was voted to the Pro Bowl in both of those seasons.