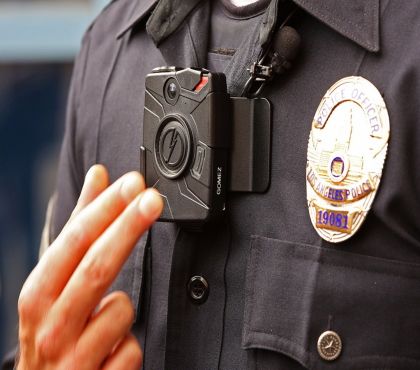 This coincides with the destruction of the Third Precinct headquarters, which protesters took over and burned to the ground, Newsweek reported.

According to a memo written by Officer Logan Johansson, an investigator, the decision to destroy documents was made after May 28, 2020, to prevent sensitive information from being obtained by outside parties.

“The data contained in these files could put the lives of CIs or various other cooperating defendants at risk,” Johansson said, reported The Star Tribune.

It was a “direct response to the abandonment of the Third Police Precinct in Minneapolis by city leadership,” Johansson wrote.

Karp is defending Walter Power after police executed a no-knock search warrant at his home on April 28 and found about 3,000 doses of oxycodone and other drugs, The Tribune reported.

Karp argues that Power’s defense has been compromised because key evidence has been destroyed, making it difficult to determine if the warrants were obtained or carried out legally.

“The main check on a violation of the Fourth Amendment is a defendant’s right to challenge an unlawful search,” Karp wrote. “Such a guarantee means nothing if the state is simply allowed to destroy the evidence.”

A hearing on the motion has been set for July 27.

Karp says the police acted in bad faith because they destroyed the files without permission from their superiors.

Lacey Severins, a spokesperson for the Hennepin County Attorney’s Office, said prosecutors are preparing a written response to Karp’s motion, which will be presented at the hearing.

“The argument raised by the defendant in this case is exactly that, an argument,” Severins said. “While some information that the defendant has requested may no longer be available, there are factual and legal matters in dispute over whether such evidence is material to the issues in this prosecution, and whether any actions taken by the police were done deliberately to adversely affect this defendant. Our position is that they are not and we will, as always, make our complete argument in court.”

Minneapolis Police spokesman John Elder told Newsweek an internal investigation is being conducted to determine what happened at the Second Precinct.

“We are conducting an internal investigation to understand what happened at the Second Precinct, how the decisions were made, and whether there were broader issues with documents, records, or files stored in our facilities during the riots,” Elder said. “Any disciplinary decisions would be made through the normal process after an investigation.”