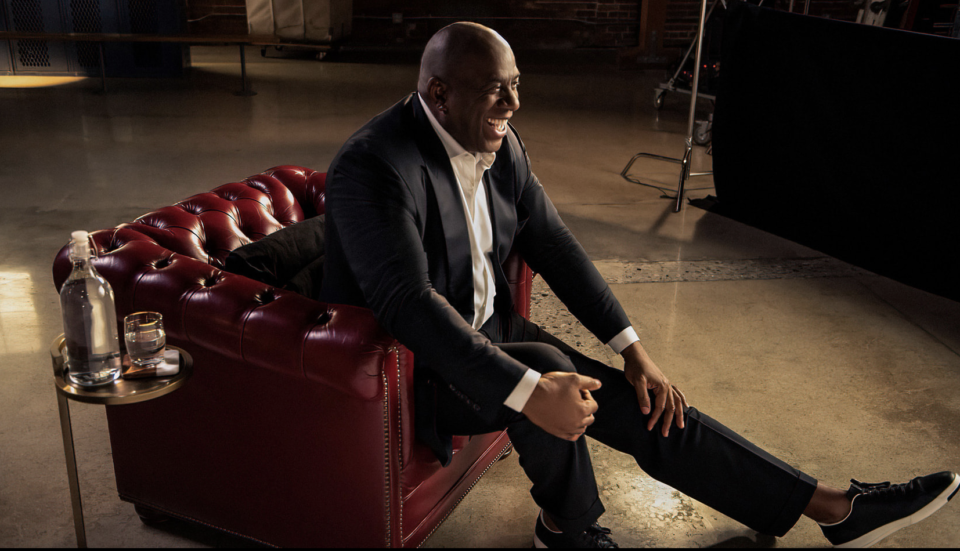 Let’s be clear: Earvin “Magic” Johnson’s got plenty of money and a plethora of business partnerships that have transformed him into a business titan in his own right.

But along the way to CEO status, Johnson admitted that he’s fumbled the bag a few times.

An episode of HBO’s Winning Time: The Rise of the Laker’s Dynasty highlights the negotiations between Magic and Nike when he was an up-and-coming Los Angeles Laker star basketball player.

While Johnson is not a fan of Winning Time and has said he won’t watch the series that takes a look at his finances and life, including delving into his “womanizing” days and his HIV status, it gives insight into a financial mistake young Magic made.

In 1979, Converse was the National Basketball Association’s (NBA) leading shoe company, and Nike was still a new shoe company operating for six years.

According to the show, Nike owner Phil Knight offered Magic $100,000 in Nike stock and a $1 royalty for every Magic shoe sold. During the episode, a graphic appears estimating that Johnson lost out on $5.2 billion.

Inc., which broke down the numbers, determined that even if Knight offered Magic just $10,000 worth of Nike stock, it would be worth more than $1 billion today.

Both companies were trying to sign the league’s hottest rookie. Nike, which was still trying to establish itself, didn’t have the cash Magic was looking for and offered him an option in Nike stock to sign with them. Still young and thinking dollars more than sense, Magic took $100,000 in cash from Converse.

“I never heard of stock at 19 years old, so I took the money,” Johnson once told reporters as he recalled the situation.

“You know, usually [you think] ‘I gotta take this cash!’ Man, I would’ve been a trillionaire by now. You think about 1979, getting that stock then, and what it’s worth today? Yikes! So that kills me every single time I think about that. I’m like, ‘Man, Michael Jordan would’ve been making me so much money.’”

What Magic didn’t know at the time was after his playing days were over, he would become a renowned Black businessman in the U.S., partnering and investing in hundreds of businesses across the country. While he may not be worth billions, the Hall of Famers $600 million net worth is still significant and growing each day.

It’s also worth noting that at the time, no one, Magic included, had any idea how big Nike would become.

While Magic turned down Nike, six-time NBA Champion and Charlotte Hornets owner Michael Jordan didn’t, and today his Jordan Brand is worth more than $10 billion, according to Forbes.

HBO’s Winning Time: The Rise of the Laker’s Dynasty is a series on the 1980s Lakers (very loosely) based on the book by the same name by Jeff Pearlman.