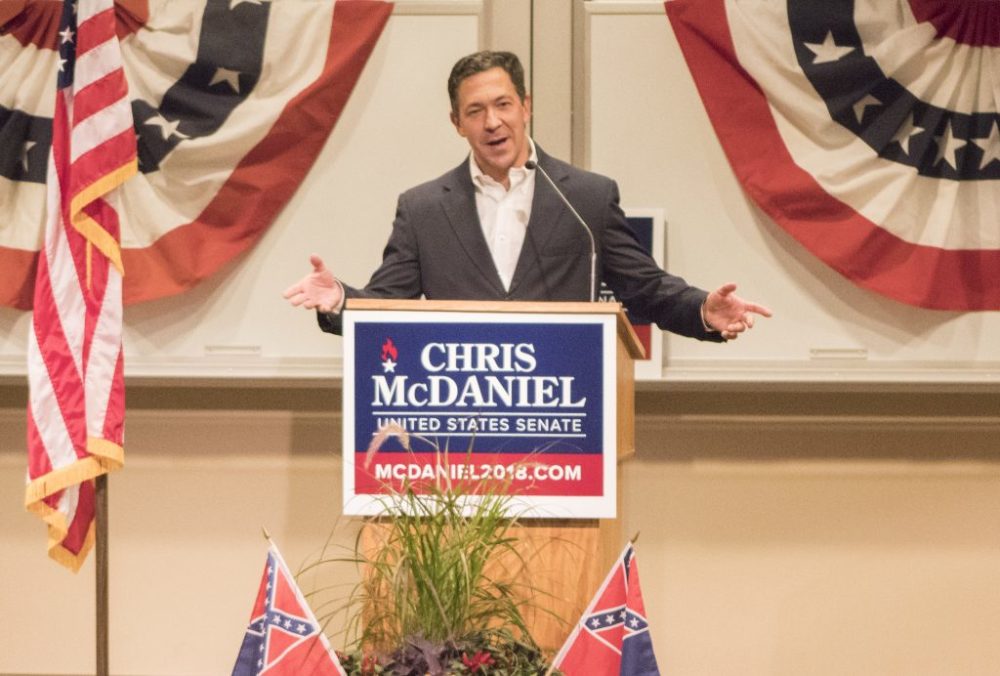 McDaniel, a conservative who’s served in the Mississippi state senate since 2008 and is now running in the state’s U.S. Senate special election race, perpetuated an age-old stereotype that a gross number of African Americans depend on government assistance, despite the fact that 52% of white Americans have benefited from the federal safety net. His comments were made Friday during his appearance on MSNBC’s Morning Joe, which was recorded at the University of Mississippi in Oxford.

At one point in the segment, Eddie S. Glaude Jr., the chairman of the African-American Studies Department at Princeton University, cited racially insensitive remarks that McDaniel has made in the past and questioned his commitment to helping black Mississippians.

“Thirty-eight percent of Mississippi is black,” said Glaude, a native of Moss Point, Mississippi. He went on to reference McDaniel’s remarks linking hip-hop to violence and his support for both the Confederate flag and Robert E. Lee. “How do you convince black folks in this state that you’re not a danger to them?” asked Glaude.

McDaniel justified his viewpoints on hip-hop and violence arguing that it is based on “a study from Berkeley,” he said. “Berkeley is not exactly a conservative institution.” He then said that the majority of Mississippians voted to keep the state flag, which includes a photo of the Confederate battle flag, and that flags “are subject to different interpretations.”

Glaude then asked McDaniel again, “how would you speak to the 38% [of black folks living in Mississippi]?”

In response to the backlash over his comments, McDaniel reportedly doubled down on his statements, blamed the news media, and argued that he meant to make a point about the impact of free markets on the economy, reports Clarion-Ledger.

Watch McDaniel’s remarks about African Americans in the video below, starting around the 7-minute mark.