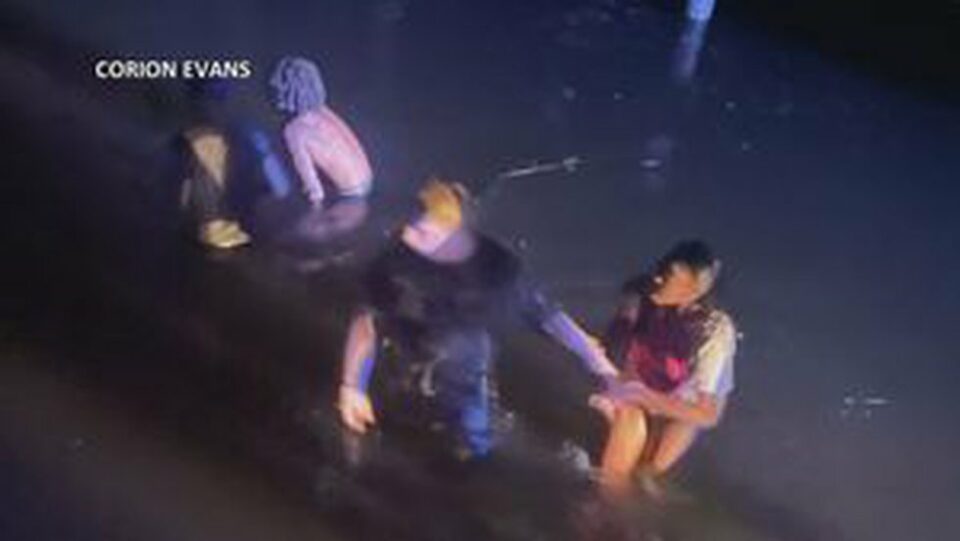 Corion Evans, a 16-year-old high school student, is honored for his heroic actions in saving four lives from the Pascagoula River in Moss Point, Mississippi.

On July 6, Mayor Billy Knight of Moss Point, Mississippi, and the Board of Alderman awarded the hometown hero a Certificate of Commendation, according to the Moss Point Police Department. The award pays tribute to Evans’ immediate jump into action on July 3 when he witnessed a vehicle with three girls drive off the I-10 boat launch into the Pascagoula River and begin to sink, WLOX reported.

The teen, who had been swimming since he was a toddler, activated his skills, tossed off his shoes, shirt, and phone, and jumped into the river for a rescue mission. He was at the right place at the right time.

“I was just like, ‘I can’t let none of these folks die. They need to get out the water,’” Evans told the station. “So, I just started getting them. I wasn’t even thinking about nothing else. I was behind them, trying to keep them above water and swim with them at the same time.

One of Evans’ friends, Karon “KJ” Bradley, as well as Moss Point Police Officer Gary Mercer, also jumped in and helped get the girls to the top of their sinking vehicle. However, Mercer began to struggle during the rescue mission, and Evans also helped him up out of the water.

“So, I went over there. I went and I grabbed the police officer and I’m like swimming him back until I feel myself I can walk […] My legs were so tired after. Anything could’ve been in that water, though. But I wasn’t thinking about it,” he continued.

Thanks to Evans, Officer Mercer and the three girls were all taken to the hospital after the incident. They all seem to be recovering, per the news station.

“We commend Mr. Evans’ bravery and selflessness he displayed by risking his own safety to help people in danger,” Moss Point Police Chief Brandon Ashley said in a statement, according to Complex. “If Mr. Evans had not assisted, the situation could have turned out differently, instead of all occupants being rescued safely.”