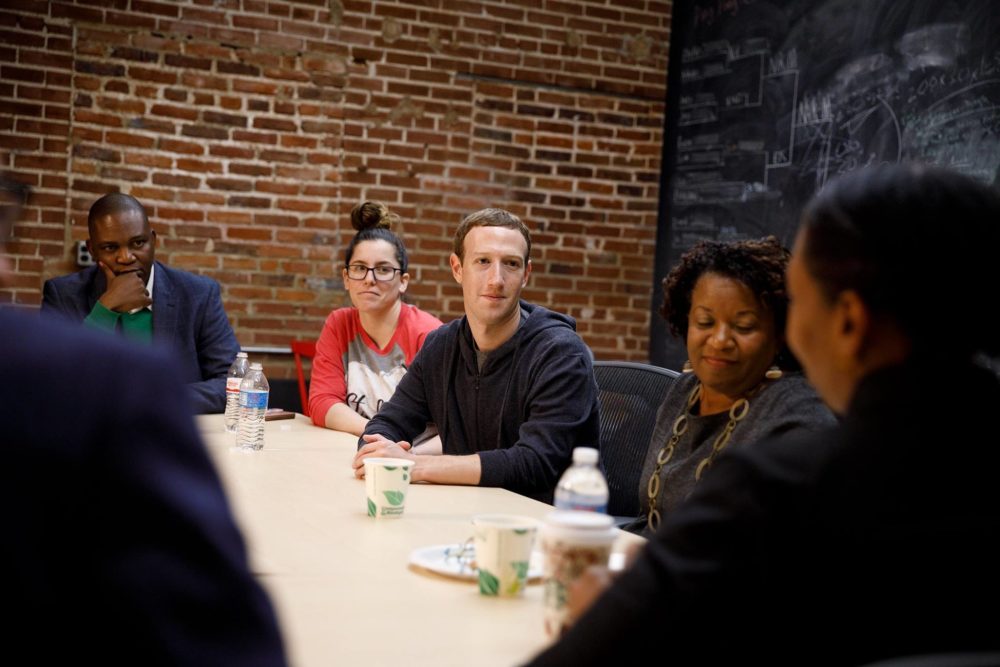 On a Q&A phone call with the media on Wednesday, CEO Mark Zuckerberg outlined Facebook’s plans to make the social media platform more secure for its users. “At the end of day, this is my responsibility,” said Zuckerberg. When asked if anyone had been fired at Facebook after the Cambridge Analytica debacle, he said, “I’m not looking to throw anyone under the bus,” and that what took place was “my mistake.”

During the 2016 presidential election campaign, Cambridge Analytica illegally obtained from Global Science Research (GSR) private Facebook information on tens of millions of users which were then used to develop “psychographic” profiles on voters.

Here’s the transcript of Zuckerberg’s remarks on the call:

We’re an idealitsic and optimistic company. For the first decade, we focused on all the good that connecting people brings…..[familes brought together, social movements, marriages] small businesses have tools now that previously only big compaies had. But it’s clear now that we didn’t do enough. We didn’t focus enough on preventing abuse and thinking how people can use these tools to do harm as well. And that goes for fake news, foreign interference in elections, hate speech, in addition to developers and data privacy. We didn’t take a broad enough view of what our repsonsibility is and that was a huge mistake. It was my mistake.

A couple of weeks ago I announced that we were going to do a full investigation of any apps that had a large amount of people’s data before we lock down the platform. And that we would make further changes to restrict the data that developers could get.

But politicians are calling for more accountability. African American Congressman Bobby L. Rush (D-Ill.) sent a letter to the beleaguered Facebook co-founder after the revelation that 87 million Facebook accounts were compromised by Cambridge Analytica, and not the 50 million Facebook originally reported:

I was pleased to read that in your interview with Reuters on April 3, 2018, you agreed “in spirit” with the European Union’s General Data Protection Regulation (GDPR) that is to take effect on May 25, 2018.

I was dismayed, however, to learn that you have yet to specify which aspects of the GDPR will and will not be implemented for users in the United States and around the world, who remain largely skeptical of data-driven companies.  While I understand that a large function of this is attributable to the fact that Facebook is “still nailing down details on this” I would like to request clarification on what you mean when you said that “it should directionally be, in spirit, the whole thing.”

Specifically, I would like information on the following items:

As I am sure you agree, the safety and privacy of individuals’ data is paramount and should not be limited by geography. I look forward to your response to this inquiry and to working with you on this issue.

On Wednesday, Facebook announced that Zuckerberg would testify before a congressional panel on April 11.