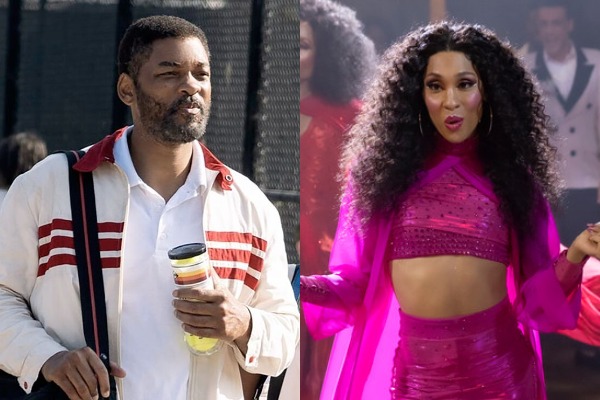 Despite the Golden Globes not being broadcast on national television this year, MJ Rodriguez and Will Smith still managed to make history.

Michaela Jaé “Mj” Rodriguez became the first transgender to win a Golden Globe, NBC News reports. She took home an award for Best Actress in a TV Drama for her role on FX’s Pose.

“Wow! You talking about sickening birthday present! Thank you! This is the door that is going to open the door for many more young talented individuals,” she wrote on Instagram.

“They will see that it is more than possible. They will see that a young Black Latina girl from Newark, New Jersey who had a dream, to change the minds others would WITH LOVE. LOVE WINS. To my young LGBTQAI babies WE ARE HERE the door is now open now reach the stars!!!!!”

MJ’s win also secured the first Golden Globe for Pose since its 2018 premiere. With the show airing its final season last year, MJ’s win was the perfect way to end the groundbreaking series’ three-year run.

Also during the 2022 awards, Will Smith took home his first-ever Golden Globe for his acclaimed portrayal of Venus and Serena Williams‘ father in King Richard. Smith won Best Actor in a Motion Picture — Drama.

It was his first win despite being nominated five times in the past, Daily Mail reports. MJ and Smith’s wins come after an LA Times expose revealed there were no Black members of the HFPA and the organization’s members were accused of past corruption.

NBC agreed not to air the 2022 Golden Globes following the unearthed allegations which resulted in several celebrities returning their awards.

“We continue to believe that the HFPA is committed to meaningful reform. However, change of this magnitude takes time and work, and we feel strongly that the HFPA needs time to do it right,” NBC said in a statement at the time.

Now that the changes were made, look at the history that’s been made.