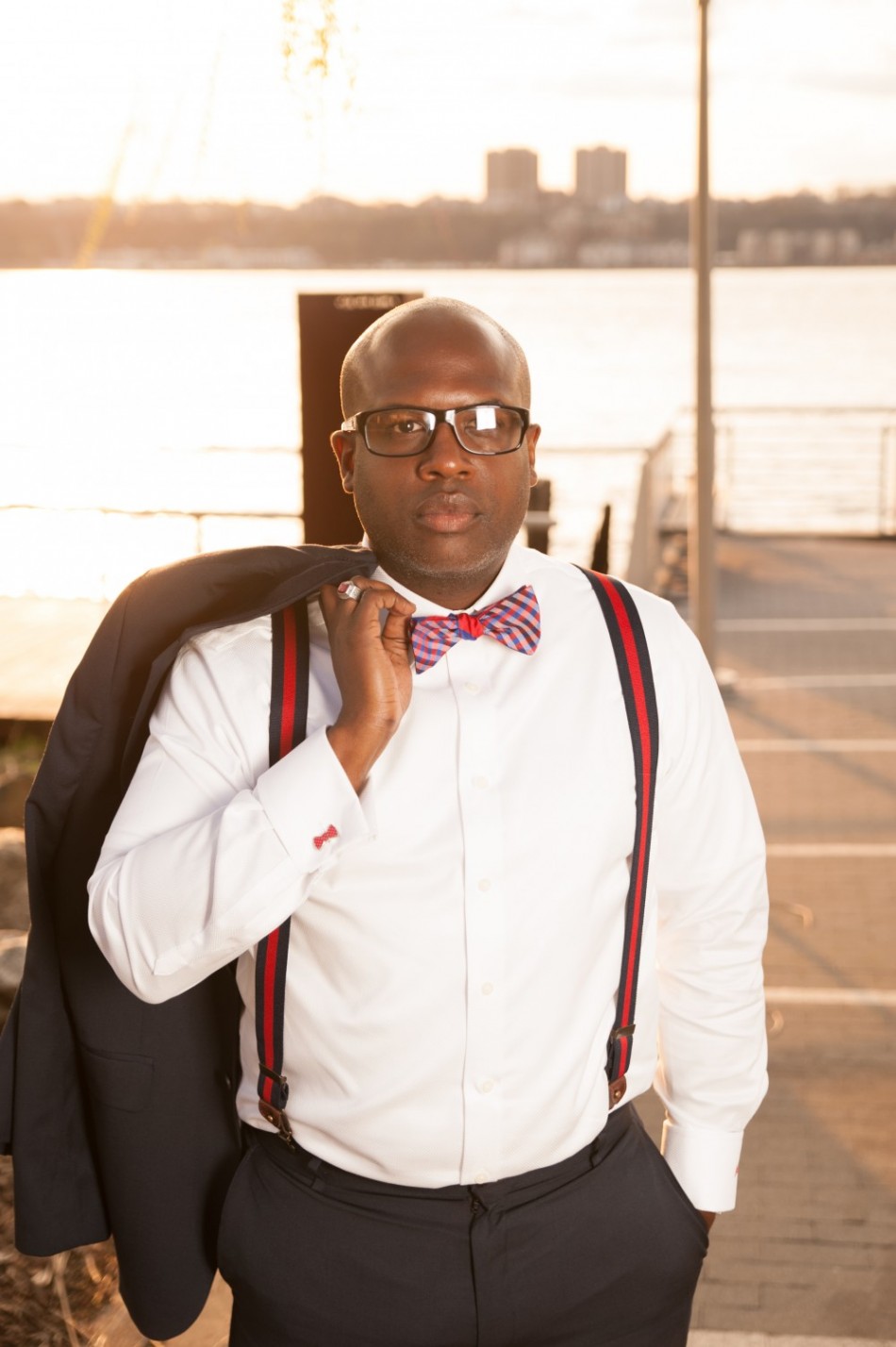 One word that describes you: Tenacious

Education is one of the most important triumphs and obstacles that we face, not only as a country but as a race of people and  Jermaine Wright has managed to beat the odds and defy societal expectations placed on his  life. During the 1980s, as a young immigrant kid,  he saw a side of America that he would have never guessed existed: the war on black men. Never deterred, Wright made it his prerogative to rise above the cracks of the system.

“As a Jamaican, race as a social construct had no bearing, as we were all Jamaicans back home. However, when my family immigrated to the United States, I began to understand just how significant an impediment race can be to improving one’s life circumstances due to race-based structural inequities. When my parents and I arrived in the U.S. in the mid-80s, we lived in the South Bronx at the height of the crack/cocaine era. I grew up in a three-bedroom apartment that housed 12 individuals, 8 adults and 4 children. Needless to say, I didn’t grow up in the best living conditions as I was surrounded by hustlers, crack fiends, gang bangers, and poverty. Therefore, my inspiration and motivation is to rewrite the black male narrative that says, “I should have been in prison or dead by now.” Rewrite the black male narrative that says, “I can’t be academically successful.” And rewrite the black male narrative that says, “I have to be a product of my environment.” I am here to dispel these notions, create a path for other black males behind me to follow, and to exemplify that your environment doesn’t have to dictate your path.”

Armed with a bachelor’s degree in Political Science and Sociology from Binghamton University, a master’s degree in Public Administration from John Jay College, and working toward a future Ph.D. in Public Administration with a focus on Performance Measurement and Improvement from Rutgers University-Newark School of Public Affairs and Administration, Wright is leading the charge to ensure young men of color are not left behind academically. “As the University Director of CUNY BMI, I am responsible for monitoring and leading the progress of over 30 campus-based BMI projects dedicated to increasing, encouraging, and supporting the inclusion and educational success of underrepresented groups in higher education, particularly men of color, ” he tells BE Modern Man. “CUNY BMI, through its focus on one of the most severely underrepresented populations in higher education, represents one expression of CUNY’s most significant commitments to access and diversity. CUNY BMI was established in 2005 and is based on a promising model first started at Medgar Evers College. With the generous support of 11 consecutive grants from the New York City Council, CUNY BMI funds projects throughout the university. These projects are designed to strengthen the education pipeline for severely underrepresented populations in higher education, particularly men of color, by increasing the enrollment, retention, and graduation rates of these students.”

Those types of projects are hardly ever discussed, especially in mainstream media, who would rather report on the celebrity, athlete, victim or perpetrator. “I don’t believe that men of color are championed enough in the mainstream. So in an effort to document a decade of CUNY BMI’s success, and in accordance with the CUNY BMI 2012-2017 strategic plan, I created the I AM BMI campaign to highlight students of color. The I AM BMI campaign is comprised of four components: a CUNY BMI video, a CUNY BMI packet, CUNY BMI logo, and a CUNY BMI Serious Talk Series. The CUNY BMI video features vignettes of BMI students talking about their BMI experiences, which can inspire other universities around the country to start their own BMI program and help attract/assist more underrepresented students, particularly African, African American/Black, Caribbean and Latino/Hispanic males, to attend college and graduate,” he tells BE Modern Man.

“This type of exposure is necessary and needed as a way to dismiss the negative stereotypes that surround men of color. The more positive examples there are of men of color, the more likely we will be able to change the narrative,” Wright states when asked about treating, exposing, and displaying our stories for the masses.

Being named a BE Modern Man means a fraternal brotherhood bound by a common thread, and in this case, the plight of the black man’s future. “I am honored and humbled to have been selected as one of the BEMM 100 Men of Distinction and quite frankly surprised,” he tells BE Modern Man. “I do what I do not for the accolades and attention, but to ensure that young men of color coming up behind will have more chances, opportunities, resources, and access than I did growing up. Conversely, whenever given a platform, I talk about my humble beginnings and how that didn’t derail or deter me from my purpose, which is to combat the issue of equity. Thus, I am immensely grateful to Black Enterprise for providing me with this platform.”

We at Black Enterprise salute you, Jermaine Wright, for continuing to champion for and create new narratives for a generation of black intellectuals. Your mission to serve tirelessly is why we are proud to call you a BE Modern Man.