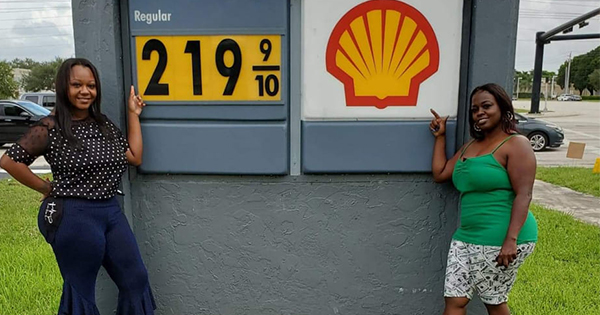 Lashawn and her daughter, who both grew up in Deerfield Beach, Florida, began their roots in entrepreneurship as the owners of a local hair and nail salon called Girlz Collectionz and later a local bar and nightclub called Groove City Bar & Lounge, which is currently closed because of the pandemic. Having to pivot sparked the idea of purchasing a gas station.

She says the process of purchasing two franchises was not hard, but it was a fairly tedious process. After completing a credit application, she had to prove that financially she really did have the capital to complete the purchase. The whole process, however, took just three weeks.

Keeping it in the family

“I really value having a family-owned business because family is who you can trust,” she says. “My daughter, Shanita, is a wonderful mom of two beautiful children and also a phenomenal entrepreneur who is awesome to work with. We work well together because we understand each other.”

But having her daughter at her side doesn’t mean that she underestimates the value of hard work. “I don’t believe in failing in anything I do,” Lashawn adds. “If you don’t work your business, it won’t be a success. You absolutely must put in the hard work.”

Their work ethic is already paying off because they are already receiving on-air shout outs from the likes of Rickey Smiley, not to mention that their story has already gone viral on social media which has sparked a huge influx of new customers.

Their Shell gas station is located at 2501 North University Drive, Hollywood, FL 33034, and they are already planning to open their second gas station in early 2021 possibly in West Palm Beach.