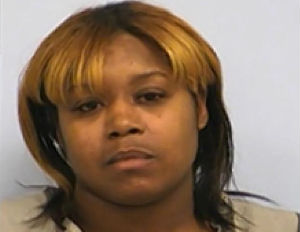 Pflugerville, Texas mom, Kimira Hysaw was recently arrested after using a stun gun to discipline her 14-year-old, who she expressed, was “a handful,â€ to police.

Officials were informed of the abuse when Hysaw’s four-year-old daughter reported the events to her teacher. Authorities observed the Pflugerville mom’s son, only to find burn marks on his arms and upper back, reports TheUrbanDaily.com.

Currently charged with injuring a child, Kimira Hysaw told authorities, “I threaten him with it.â€ She continued, “[He] is a handful…I don’t even know where my child is half the time.â€

Hysaw admitted to tasing her son while her husband held him down. The young man was stunned because he went to play basketball without permission.