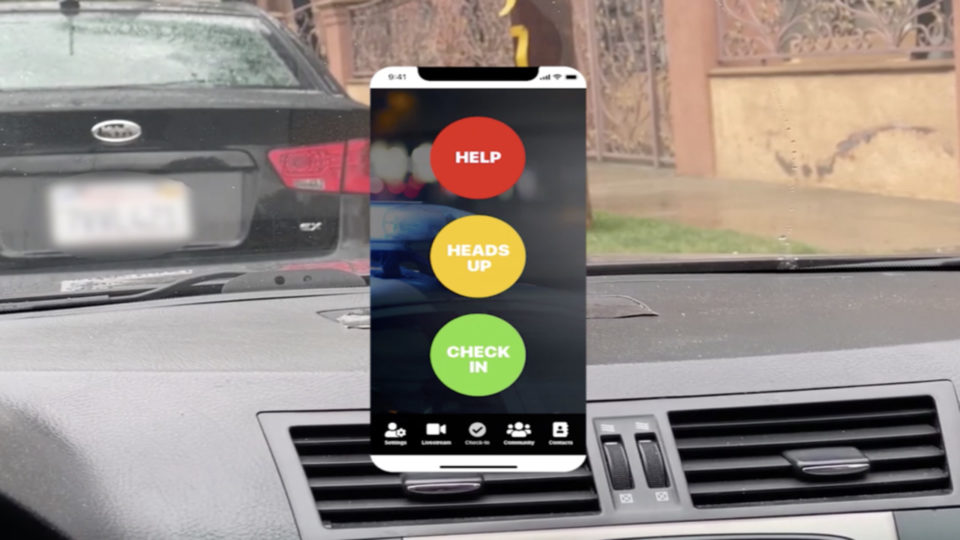 Sparked by a growing concern for her son’s safety when “driving while Black,” Charmaine Davis invented a solution for every Black parent experiencing the same fear. Just Us, named as a play on the word “justice,” is a free app with safety features that allow users to easily communicate whether they are safe or in harm’s way.

“Just checking in, lets you know that I’m OK. I’m doing great. I don’t need any help,” Davis explained in an interview for Spectrum News. “My sons, they don’t like to call and check-in or send a text. They just like to push that button to say ‘I’m OK’ and then I can be off of their back as they call it.”

According to the website, the app has three voice-activated safety commands: Check-In, Heads Up or Help.  ‘Check-In’ lets others know the user is safe and sends their location. If a user is pulled over by the police, the ‘Heads Up’ feature sends an alert to five designated contacts and can even begin an optional live stream. The ‘Help’ feature alerts other Just Us users, within a 3-mile radius, that someone nearby needs their assistance.

Most importantly, the app can identify a user’s location in case of an emergency. All of the app’s features were designed to help create a layer of protection for young Black drivers while they are on the road.

Since launching Just Us in August 2020, Davis has received an outpouring of support from parents who say the app gives them peace of mind. “They’re actually able to relax now, and they’re able to let their children go out and be teenagers, right? [They can] be like every other person and just go out and be able to go to a party and the parents know that they’re OK,” Davis told Spectrum News.

Black drivers are nearly 20% more likely to be stopped by police and three times more likely to be killed during a police encounter than white Americans. For Black parents, apps like Just Us are tools that can be used to save their child’s life.

“That’s really the goal—to get our kids home safe, to get our loved ones home safe,” Walker said in an interview with the Daily Trojan. “To basically be able to live without the fear [of] knowing whether or not we’ll make it back home.”

Just Us can be downloaded for free in the Apple App Store.