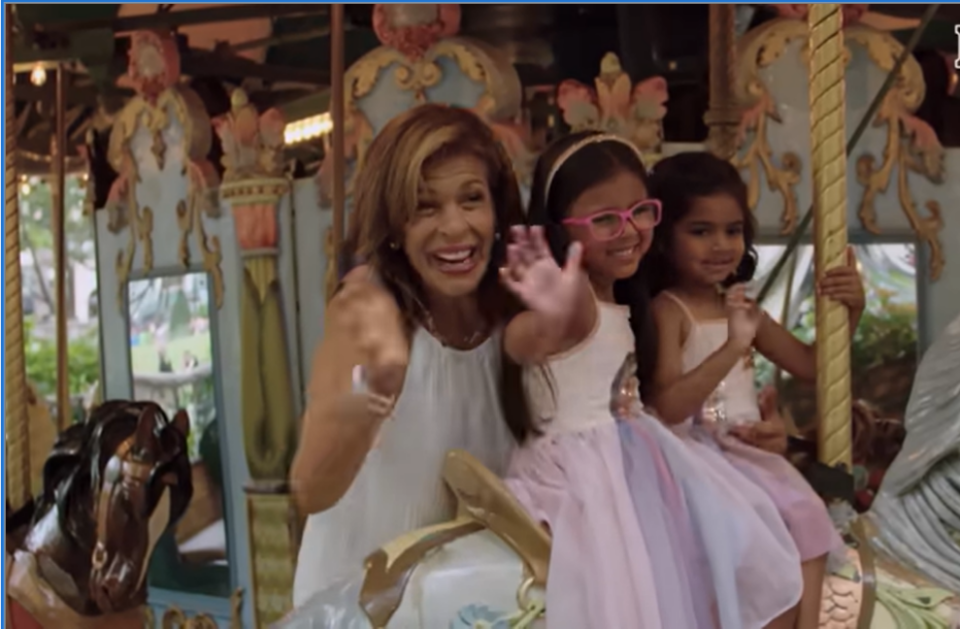 Hoda Kotb, co-anchor of the NBC News morning show Today and mother of two daughters, sat down with People to discuss how she co-parents with her ex-fiancé, financier Joel Schiffman, and her future plans to adopt again, according to Mom.

As a mother to Haley Joy, 5, and Hope Catherine, 3, Kotb embraces the challenges and joys of motherhood, according to People.

“Every morning I leave them a note and a map to find the note. I draw cartoons, and then I hide it so they see it before they go to school,” Kotb says. “Then a lot of the time I’m done with work and can pick them up in the afternoon. We’re eating dinner at 5, in the bath by 6, drying off at 6:30, in the room singing all their songs. It’s over, lights out, click, at 7, and I’m usually out by 7:30 because I have to get up at 3 a.m. I don’t know what I’m going to do when they’re teenagers, but I’ve been digging this weird time for us. I’m on a child’s schedule!”

Kotb further explains how she centers her life around her children.

“Family to me is everything— and having one of my own is something I never thought I’d have,” says the 58-year-old, who adopted Haley Joy in 2017 with then Schiffman, according to People.

Kotb dealt with the devastating news that she would not be able to conceive children after recouping from breast cancer, according to Wide Open Country.

Yet, she persevered in establishing her family through adoption.

“I had thought about having kids for a long, long time,” Kotb explained. “But one day I was sitting with my boyfriend and I said to him, ‘I’m going to have to talk to you about something because I can’t push it down anymore, push it away,’ ” she said.

Schiffman gave Kotb his full support and brought her first daughter into their lives. Sadly, the couple broke up in January, but Schiffman is still involved in raising both girls, People reports.

“Sometimes relationships evolve. Sometimes perfectly nice people can go their separate ways. Sometimes a relationship ends on your last breath, and sometimes it ends before that, and that’s OK,” she says, speaking of her former beau. “I don’t regret one day, not one minute, not one second of our time together because it brought me here.”