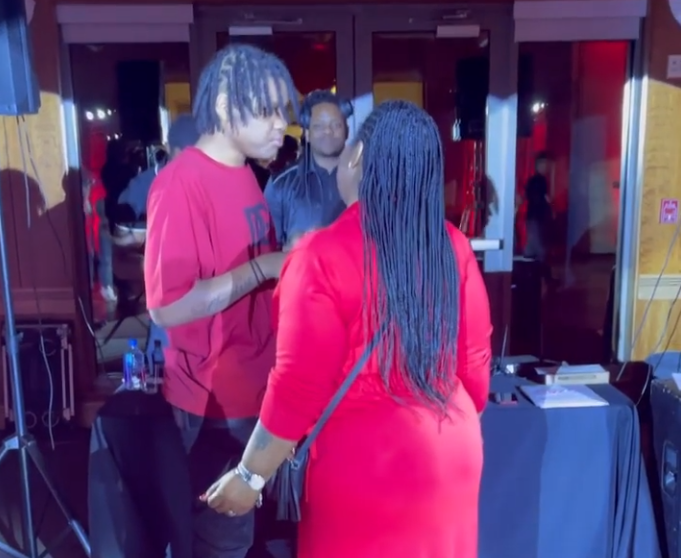 A mother has gone viral for her gift of generational wealth to her son for his 16th birthday.

Charlise Freeman took to Instagram and TikTok to share a video of the moment she gave her teenage son three properties and thousands of dollars in cash for his 16th birthday.

“He had no idea what was in store,” Freeman captioned one post. “I was about to give him the foundation to set him up for success!!!!”

In another video post, Freeman explained how important it is for her to ensure her two sons are set up for success as a single mother.

“My 2 boys are my world, and I would do anything for them,” she wrote in a lengthy caption.

“I understand firsthand how hard it is for a single mother to be raising young black men in todays world.”

She explained how close she is to her teenage son and how she has serious talks to him about taking care of the family in her absence. Freeman says it was her son who expressed his interest in real estate.

“During our many conversations, he always says, ‘mom, I want to get into real estate and be a chef,’” Freeman shared. “We applied to a business program and a chef program for him to do his junior year. He interviewed for both and was not chosen for either one, and he was a hurt and thought it was because of a # of reasons, but I just told him it would be ok we will go another route because MOMMY already had some things in the works, but I couldn’t tell him what it was because I was saving it for the right moment.”

She chose his 16th birthday as the “moment” she would surprise him with an investment into his future.

“When I presented him with those gifts, it was to let him know and show him that no matter what doors don’t open for you if you continue to push forward the right one will open, and mommy just happen to have the power to open the right one,” Freeman explained.

“I want him to be able to pass things down,” she continued. “This process is going to be fun because I get to work with my son on something that is really dear to him and see what ideas he has!”

Many praised Freeman in the comments for the grand gesture, with a number of parents thanking the single mom for inspiring them to celebrate their children in similar ways.

“So inspiring this is why I lose sleep,” one person said.

“Breaking generational curses and I’m here for it,” added another.