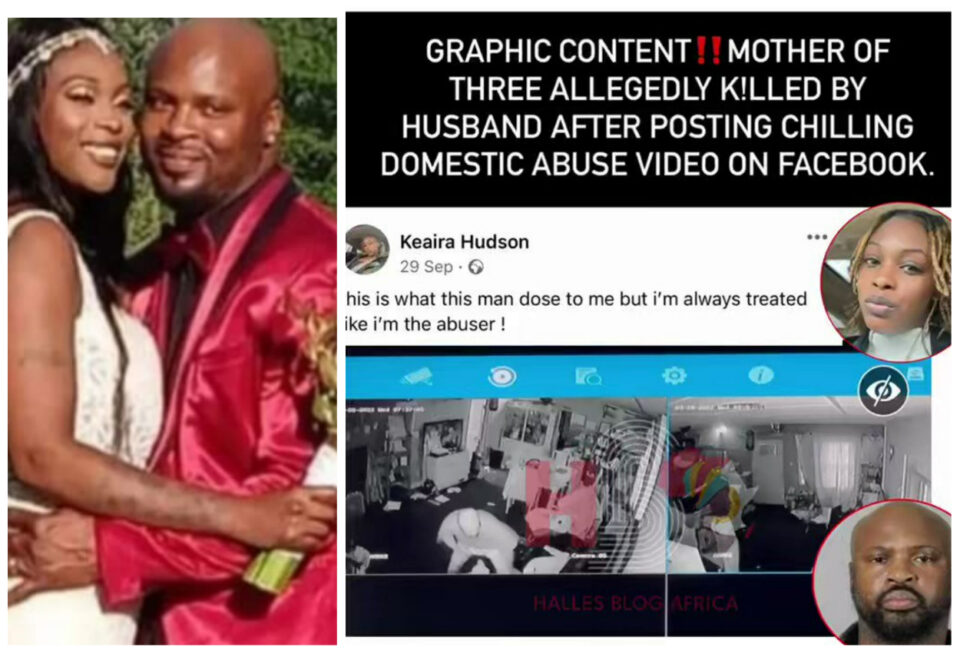 Buffalo police are investigating the details surrounding the gruesome fatal shooting of a mother of three who had been trying to escape her abusive husband.

Keaira Hudson, 40, was fatally shot in her SUV on Wednesday morning, WKBW reports. Hudson’s sister, Montaysha Jeter, recalls Hudson posting a video to social media that showed her being abused by her husband.

“She’s just been trying to get help,” Jeter said.

“I’ve been with her going to police stations, she’s been texting me, sending me videos, giving me her phone password just in case.” “She’s been staying at my mom’s house for the last couple of days and she was going to go to court today because he was trying to get custody [of the children],” Jeter explained.

Hudson reportedly left her mother’s home on Wednesday morning to drop her children off at school and even wore a bulletproof vest before leaving the house. Allegedly, when her mom asked why she needed the vest, Hudson told her mom, “because mom he’s going to kill me you don’t understand.”

Jeter said as soon as Hudson drove around the corner, her husband “smashed into the front of her car and got out of the car with a shotgun, shot her, and pulled off.” Hudson’s ex-boyfriend and father of one of her children, Andrew Hodge, said the husband had just been arrested for domestic violence a few days before the murder.

“I know he was arrested a couple of days ago for domestic violence,” Hodge said.

Reportedly, Hodge’s daughter was inside the car at the time of Hudson’s murder. Hodge says Hudson was trying to protect her family from her abusive spouse. “She would call and ask questions saying ‘what should I do?’ When the video was posted on Facebook, everybody saw it,” Hodge said. “Everybody was trying to help her and this is what happens.”