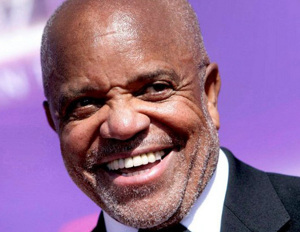 President Obama recently gave the 2015 National Medal of Arts to distinguished recipients. Among theme was record producer, songwriter, and Motown legend Berry Gordy. The 2015 National Medal of Arts Citation, which was presented at the ceremony, read, “To Berry Gordy, for helping to create a trailblazing new sound in American music. As a record producer and songwriter, he helped build Motown, launching the music careers of countless legendary artists. His unique sound helped shape our nation’s story.”

Other National Medal of Arts recipients included actor Morgan Freeman, Broadway star Audra McDonald, and playwright Luis Valdez. The National Endowment for the Arts was established by Congress in 1965 as independent agencies of the federal government. To date, the NEA has awarded more than $5 billion to support artistic excellence, creativity, and innovation for the benefit of individuals and communities.

Motown: A Perennial BE 100s Company

Gordy is touted for launching the careers of such hit makers as Diana Ross and The Supremes, The Temptations, Stevie Wonder, The Jackson 5, Michael Jackson, and countless other music greats. In addition to being a talented songwriter, the music industry icon was an innovator who created a business model for entrepreneurs in the entertainment industry. He formed his musical empire in 1959, overseeing all of its operations from a Detroit house dubbed “Hitsville U.S.A.â€

Gordy had received an $800 loan from his family’s Ber-Berry Co-operative. The co-op was the brainchild of his eldest sister Esther, and it provided seed money for the establishment of Berry’s first record company, Tamla, in 1959, which became Motown Record Corp. in 1960.

In 1973, Back Enterprise debuted its annual ranking of the nation’s largest black-owned businesses, referred to as the BE 100,Â a compilation of those companies that had grown more than a million dollars annual in sales. For more than a decade, Motown Industries was the sales leader on every BE 100s list, with a sales increase from $40 million to $91.7 million.

Gordy:Â  The Music, The Magic

During Gordy’s reign from 1959 to 1988, when he sold the company, Motown generated hundreds of hit singles. In 1966, the company’s “hit ratio,â€ the percentage of records released that made the national charts, reached 75%, an astounding figure. Gordy was inducted into the Rock ‘N’ Roll Hall of Fame in 1990, for his outstanding achievements in the music industry. His breakout film, Lady Sings the Blues, whichÂ starred Diana Ross as Billie Holiday, garnered five Academy Award nominations.

In February 2011, President Barack Obama honored Gordy with a “Salute to Motown” evening at the White House. Gordy’s unparalleled contribution to music and popular culture is chronicled in his autobiography, To Be Loved: The Music, The Magic, The Memories of Motown and is the basis of the hit Broadway stage production Motown the Musical, which, according to BroadwayWorld.com, is currently playing in London’s West End.