Madea Would Be Proud: Movie Mogul Tyler Perry Says He Likes Weed Edibles To 'Take The Edge Off' 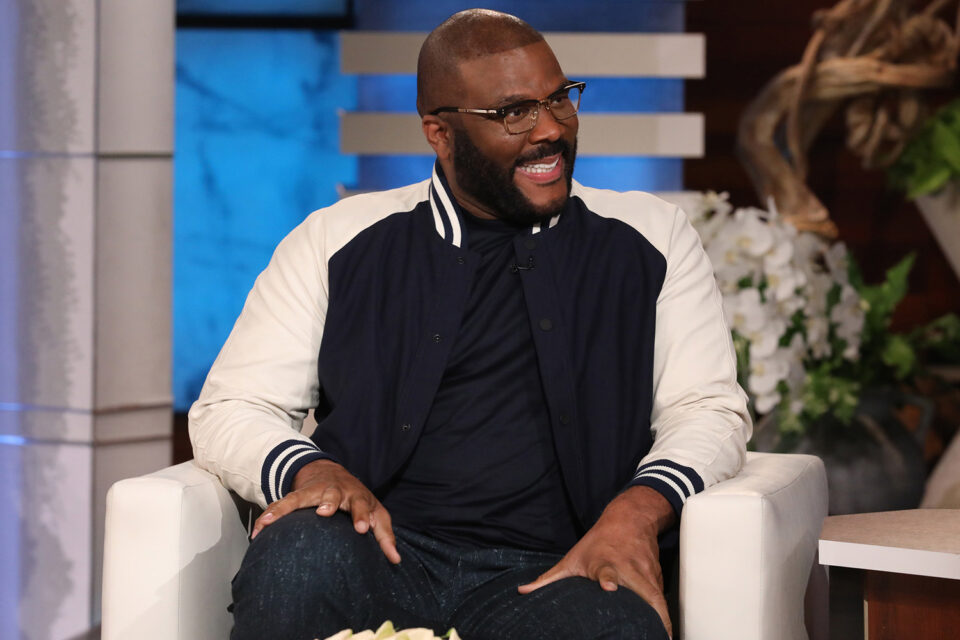 On Wednesday’s episode of The Ellen DeGeneres Show, movie mogul Tyler Perry gets real about how he finds calmness and shares an adorable story about his 7-year-old son’s unconcerned attitude about fame.

While the world-renowned actor, writer, and director is currently looking forward to the premiere of A Madea Homecoming, he candidly admits that he enjoys indulging in an occasional edible to “take the edge off.”

Perry said that an edible “every now and then” makes “me a calmer and nicer person.”

In 2014, Perry revealed in a GQ interview that he was diagnosed with sleep apnea. A man with many talents and responsibilities, he’s openly shared how his rampant mind can affect his sleep. In fact, he was even introduced to weed lemonade by a friend to help him sleep better.

“I didn’t like the taste in my mouth. But about two years ago, somebody gave me a lemonade drink with the weed in it. I drank it, and I sat there, man, and all of a sudden, my legs started growing, and I was freaking out. I was holding my legs to keep ’em from growing. Then I thought I was swallowing my tongue, so I was holding my tongue…it was just crazy. Then the room was weird, and she was calling me on FaceTime, and I was hiding behind the camera… I’ll never do it again in my life.”

Although weed lemonade won’t cut it for Perry, he is just fine with an edible at his Wyoming home.

The Sistas creator also finds comfort in his son’s attitude about his fame. With two very successful parents, Aman Tyler Perry, whom Perry shares with former girlfriend, Ethiopian model and author Gelila Bekele, seems only interested in just being a kid. Perry tells the talk show host how much he admires the way his son “grounds everything.”

“I asked him, ‘Do you know what famous is?’ And he said, ‘Yeah, it’s when a lot of people know your name,’” Perry recalls. “So I said, ‘You know, by that definition, some people think I’m famous.’ He goes, ‘Really? Can we finish coloring now?’”

Aman may not be convinced, but his father continues to cement his status in Hollywood further.

In 2019, Perry was honored by The Hollywood Chamber of Commerce with the 2,675th star on the World Famous Hollywood Walk of Fame, in the category of Motion Pictures, in Los Angeles.

Check out A Madea Homecoming airing on Netflix today!