In the News: Mr. and Mrs. Obama Celebrate 19th Wedding Anniversary; Tiger Woods Out of Top 50 World Ranking and More 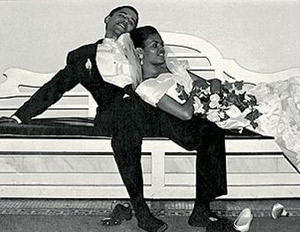 Nearly 20 years ago today, a 31-year-old lecturer at the University of Chicago Law School (now known as President Obama) and a lawyer–first lady Michelle Obama.

Cheers to the first family! We wish you many, many more.

Think President Obama is the underdog in the upcoming presidential election? Well, apparently he does. The commander-in-chief says he is “absolutely” the underdog in his upcoming race. Viewers can catch Obama’s admission in his interview with ABC’s George Stephanopoulos on Monday night.

Read more at the Houston Chronicle…

Tiger Woods‘ fall from grace became all too real today. The young golfer dropped out of the top 50 in the world ranking for the first time in nearly 15 years.