Muhammad Ali's Championship Belt Was Sold At Auction For $6.18 Million 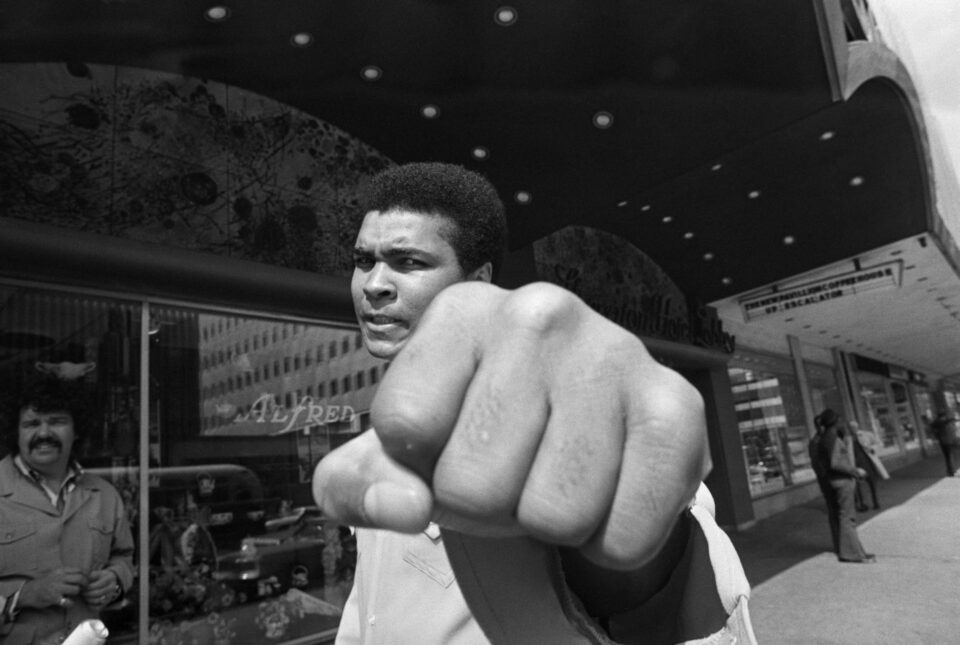 (Original Caption) 5/10/73 Philadelphia,PA: Muhammad Ali now 31-years old is still aiming for the heavyweight title as he shows his left fist to the camera during an interview in Philadelphia. Ali hopes in the next two years to regain the title and return to the Nation of Islam ministry. Photograph.

The championship belt placed across the waist of the iconic former heavyweight champ Muhammad Ali after the Rumble In The Jungle bout was bought by Indianapolis Colts Owner Jim Irsay.

CNN reports Irsay bought the belt at an auction for $6.18 million. The NFL franchise owner confirmed the purchase on Twitter, saying it was added to his collection of rock music, American history, and pop culture artifacts.

The former heavyweight champion won his belt back by defeating heavyweight champion George Foreman on Oct. 30, 1974, in Zaire (now the Democratic Republic of Congo). Ali used his rope-a-dope tactic, leaning against the ropes, pretending to be tired so Foreman would wear himself down trying to knock Ali out. In the eighth round, Ali turned the tables on Foreman, hitting him with a barrage of shots and knocking him out.

The fight, billed as the Rumble In The Jungle, had a crowd of 60,000 people, and some say the fight was watched by as many as 1 billion viewers worldwide, making it the most watched live television broadcast at the time.

The fight marked Ali’s return to the ring after he was stripped of his boxing license and his World Boxing Association title for refusing to join the US Armed Forces to fight in the Vietnam War.

“Why should me and other negros go 10,000 miles away from home here in America to drop bombs and bullets on other innocent Brown people who’ve never bothered us, and I will say directly no, I will not go 10,000 miles to go help kill innocent people,” Ali said at a press conference explaining his decision not to fight in the war.

The belt was initially sold in 1988 when the contents of Ali’s coach, Drew “Bundini” Brown’s, storage lockers were sold at auction. The $6 million Irsay paid for the belt is the highest price for a sports collectible sold at Heritage Auctions.

“After several hours of watching two bidders go back and forth over this belt, this proved to be a battle worthy of the Rumble itself,” Chris Ivy, Heritage’s director of Sports Auctions, said in a press release. “We’re just thrilled this extraordinary piece of boxing history — of sports history, of cultural history — found such an exceptional caretaker who will now share it with the rest of the world.”

Irsay owns several other items that belonged to Ali, including one of his walkout robes and the shoes he wore in the 1975’ Thrilla In Manila’ fight against Joe Frazier.