N.O.R.E Ends Speculation That His Twitter Posts About The Lack Of Black Media From Hip Hop Artists Was About Cardi B 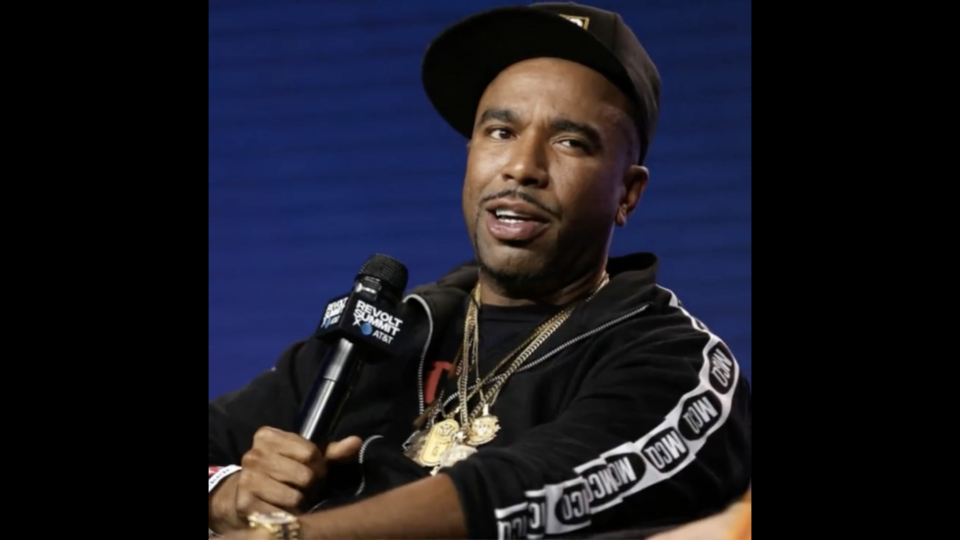 Podcaster N.O.R.E. of Drink Champs, whom he co-hosts with DJ E.F.N. on Diddy’s Revolt network, aired his beef on social media with Hip Hop artists bypassing Black press to go to white-mainstream media outlets. However, he clarified he was not explicitly targeting Cardi B, according to AllHipHop.

The “Nothin” rapper set his Twitter fingers ablaze when he posted on Wednesday, “I have been the best to this culture I have always put hiphop first and I see u guys go to Ellen and David letterman’s and Zane lows and treat them wit more respect then the culture but u say u want black excellence”

Now based in Miami, the former emcee continued with his Twitter tirade about the lack of media access to artists for urban outlets.

“Imma be honest even going to [Oprah Winfrey] or [Gayle King] is trash at this point!!! We control our culture why go outside of it!!!”

The 44-year-old Queens, New York native added, “David Letterman is my favorite but man why go there or Ellen before [Million Dollaz Worth of Game] or [The Joe Budden Podcast] or [Drink Champs] or even Twitter s***!!!”

Last week, Netflix streamed the latest season of the My Next Guest Needs No Introduction with David Letterman, which featured an interview with Cardi B.

However, N.O.R.E., born Victor Santiago, Jr., made sure to sort out AllHipHop’s reference to Cardi B’s Letterman appearance as the subject of his ire, saying he wasn’t “talking about” the “Finesse” artist.

N.O.R.E. is not the first Black media personality to air out his grievances on how members of the Black media are treated in the industry. Many Black journalists, bloggers, and radio hosts have long heralded the clarion call for change, according to In Club Magazine.

Charlamagne Tha God has spoken about this issue repeatedly on his radio show The Breakfast Club with co-hosts DJ Envy and Angela Yee and supported N.O.R.E.’s stance.

“The publicist and label will come to Black outlets and say, ‘Don’t ask this. Don’t ask that.’ But when they sit with the white outlets, they will say, ‘we are open to discuss anything.’ So that to me is where the respect is because you are giving these white outlets the soundbites that go viral, and you make those persons platforms bigger,” Charlamagne said.

D.J. Envy and Angela Yee also opined that Cardi has remained true to the culture of Hip Hop and the Black community at large, according to Ace Showbiz.

“I will say one thing about Cardi. Cardi does a lot of the things that a lot of artists won’t do. She goes to a lot of those places, so I doubt he was talking to Cardi.”

“But Cardi does interviews with everybody, she still touches the club, she still goes out to black-owned restaurants, she still supports a lot of the DJs that helped her out, that came up on her,” Envy said. “But I do feel that when artists blow up, they don’t go to a lot of the places that helped them get there and they start doing the crossover thing and I think that’s wack.”