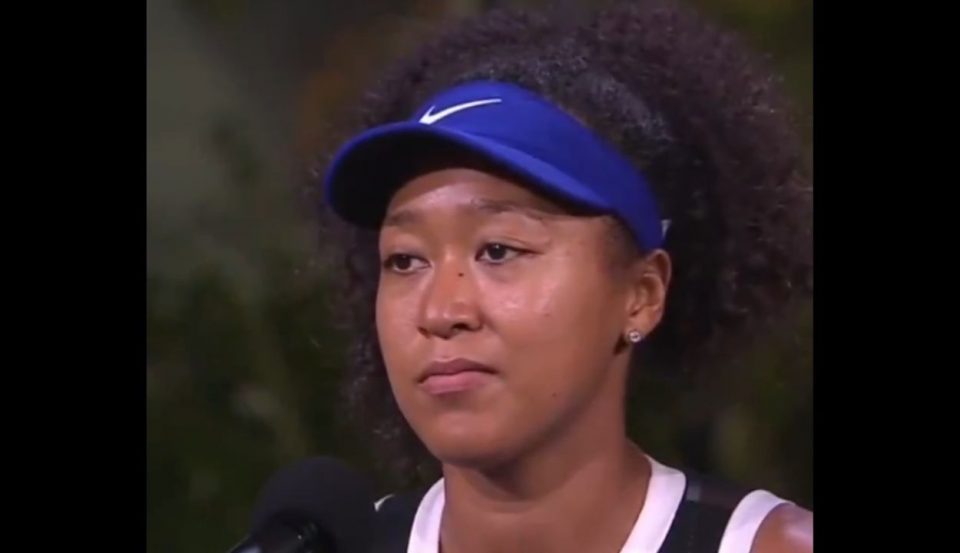 Naomi Osaka has been getting press outside of her sports prowess as the 22-year-old tennis pro has worn a different mask bearing the name of a victim of police and vigilante violence—Breonna Taylor, Elijah McClain, Ahmaud Arbery, and Trayvon Martin—to every match at this year’s Open.

Osaka was shown a video from Arbery’s father and Martin’s mother, thanking her for the recognition of their children by her wearing face masks bearing their names. It was an emotional moment for the tennis professional.

Sybrina Fulton, Martin’s mother, expressed her gratitude to Osaka for her fight for social justice.

“I just want to say thank you to Naomi Osaka for representing Trayvon Martin on your customized mask and also for Ahmaud Arbery and Breonna Taylor,” Fulton said. “We thank you from the bottom of our hearts. Continue to do well. Continue to kick butt at the U.S. Open. Thank you.”

“Naomi, I just want to tell you thank you for the support of my family,” Arbery Sr. said. “God bless you for what you’re doing and you’re supporting our family with my son. My family really, really appreciates that.”

Osaka was asked about the words the parents of the racial profiling victims expressed to her.

“I feel like they’re so strong. I’m not sure what I would be able to do if I was in their position,” Osaka said. “I feel like I’m a vessel at this point in order to spread awareness. It’s not going to dull the pain, but hopefully I can help with anything that they need.”

“I feel like I’m a vessel at this point in order to spread awareness.”

Trayvon Martin’s mother and Ahmaud Arbery’s father thanked Naomi Osaka for representing their sons on the masks she’s been wearing throughout the US Open. pic.twitter.com/0IHBU7pvx4

Osaka, the highest-paid female athlete ever, recently made headlines when she boycotted the semifinals for the Western & Southern Open in the wake of the shooting of Jacob Blake by law enforcement officials in Wisconsin.