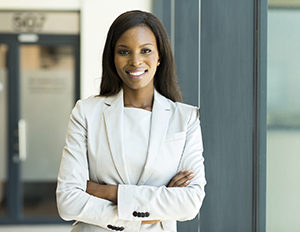 Black Enterprise chatted over the phone with Jasmine Gill ofÂ Gyal’s Network, an online platform that connects diverse women and confronts intersectionalÂ issues, which impacts them on a larger scale. They hosted a recent seminar by executive career consultant, Michelle Kem, on salary negotiation. So, we thought that it was particularly important toÂ share some tips that can get you on track towardÂ generating a healthy salary.

According to Gill, a recent analysis by the National Women’s Law Center (NWLC) states that a black woman starting her career today will lose an average of $877,480 over her 40-year career, relative to a white man.Â We know that there are several factors that drive the gender wage gap, but we asked Gill what can we do to make change.

Creating a Culture of Transparency

Since 1963, the Equal Pay Act has stated that men and women doing the same work have to be paid equally. Unfortunately, with this legislation, the onus is put on women to take action. This can be an uphill battle, especially when salary transparency is not required.

In an effort to enforce the Equal Pay Act, the Obama administration’s new equal-pay rules require companies with more than 100 employees to report their employees’ compensation–broken down by race, ethnicity, and gender–to the federal government. These new rules will go into effect in 2017.

One study of graduating MBA students found that half of the men negotiated their job offers as compared to only one-eighth of the women. To encourage more women to negotiate, cities like Boston are offering free salary negotiation workshops to every woman living within a certain jurisdiction. Â Gyals NetworkÂ also offersÂ free or low-cost negotiations webinars designed specifically for women and people of color.

In addition to negotiations resources, there have been great strides towards a salary history ban. Last August, Massachusetts became the first state to ban employers from asking about job applicants’ salary histories until they make a job offer, and other states are expected to follow suit. Women’s rights advocates say that basing pay on past salary is a key contributor to the gender pay gap,Â because it discriminates against women who earn less than men from the start of their careers.

The consensus is to stick to the present, and when things look grim, be ready to act.