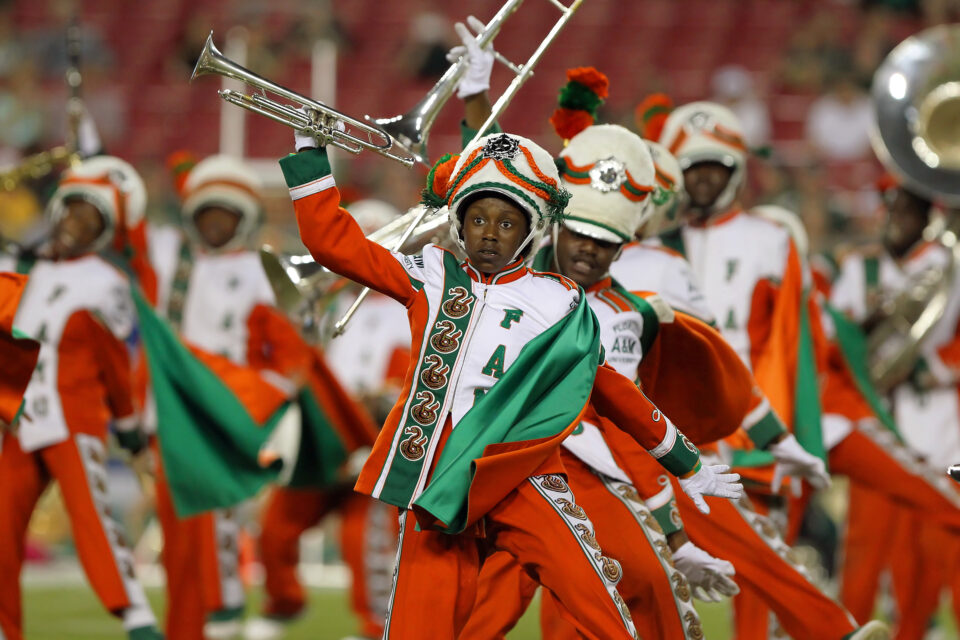 05 SEP 2015: A Florida A&M band member in action during the half-time show of the game between the Florida A&M and the South Florida Bulls at Raymond James Stadium in Tampa, Florida. (Photo by Cliff Welch/Icon Sportswire/Corbis/Icon Sportswire via Getty Images)

National Battle of the Bands (NBOTB) announced Pepsi as its new title sponsorship in support of the celebrated event. This multi-year partnership enables Pepsi to leverage its presence to support Historically Black Colleges and Universities (HBCUs) year-round with specific emphasis on their proud tradition of world-class marching bands.

“This title sponsorship from Pepsi supports our vision of strengthening the connection of the community to Historically Black Colleges and Universities by showcasing the talents of HBCU marching bands and the role they play in educating aspiring musicians and developing future leaders,” says Derek Webber, creator of the National Battle of the Bands, according to a press release.

“We’re thrilled to partner with a company like Pepsi with its Racial Equality Journey, a series of initiatives and an investment of $400 million over five years to address issues of inequality and create opportunity.”

The battle of the bands is an iconic staple in the Black community that celebrates tradition, unites generations and inspires everyone with their unified sound while marching proudly and dancing unapologetically in celebration of their ancestors who paved the way for their rhythm to be on display for all to see, hear and feel.

“We are proud to be the title sponsor the National Battle of the Bands, which is such an incredible cultural moment for the HBCU Band Community,” said Chauncey Hamlett, vice president and CMO, PBNA South Division.

“I have a strong passion for fostering growth among HBCU students, and I am proud of the work we do to spotlight HBCUs across the nation.”

The NBOTB was created to be the nation’s best kick-off to the fall marching band season by showcasing new performances of the country’s top marching bands. It offers unmatched exposure to the marching bands of HBCUs and has broad appeal among varying age groups and socio-economic demographic groups.