National Coming Out Day: Your Silence Will Not Protect You 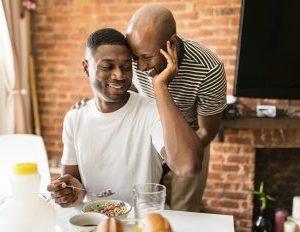 Oct. 11 is National Coming Out Day. This year marks the 28th anniversary of the day of celebration. Coming out is a reference for an LGBTQ (lesbian, gay, bisexual, transgender or questioning) person’s disclosure of their sexual orientation and/or gender identity. LGBTQ people who have revealed, or no longer conceal, their sexual orientation and/or gender identity are considered “out,â€ openly gay, or openly LGBTQ.

Living out loud and proud is not something that impacts only someone’s personal home situation or work environment but his or her existence on this planet. On June 12, 2016, a devastating massacre occurred–a gunman killed 49 people on “Latinâ€ night at Orlando’s Pulse gay nightclub, injuring another 53 patrons. Last year was the deadliest on record for the trans community–21 transgender women were murdered in the U.S., almost all of them black and Latina–and that number has already been matched for 2016.

These killings are a stark reminder of the violence and hate crimes facing the LGBTQ community. On a global scale, sexual orientation and gender identity literally warrant a death sentence–loving someone of the same gender is punishable by death in 11 countries and is illegal in 73 countries.

While national conversations about the black lives taken at the hands of police highlight opportunities to increase awareness of and the work required to change the devaluation of human lives, these conversations often ignore black LGBTQ lives lost.

Some 736 people have died by fatal force, shot and killed by the police in 2016 alone, one-quarter of who were black. While no one knows what was their sexual orientation or gender identity was for many of them, when you look at the complaints filed by LGBTQ people with the New York City Civilian Complaint Review Board,Â 49% were filed by black LGBTQ people,Â compared to just 6% by white LGBTQ people.

“Changing the culture of policing and reestablishing trust between communities and police must include black LGBT people, as we continue to bear the brunt of these negative encounters with law enforcement,â€ notes Isaiah Wilson, external affairs manager of the National Black Justice Coalition, aÂ civil rights organization dedicated to empowering black LGBTQ people. “While there is a lack of comprehensive data about LGBT people, particularly black LGBT people in prisons and jails, there is emerging evidence that we are disproportionately impacted by disciplinary policies, laws, and bias and discrimination in the justice system, which may mean we are overrepresented in America’s jails and prisons.â€

Reports show that 60% of prisoners are people of color and black men are six times more likely to be incarcerated than white men. And 31% of those arrested and more than 40% of people incarcerated for non-violent drug offenses are black.

Again, the conversation around prison and criminal justice reform needs to include the LGBTQ community. Black transgender people report higher rates of lifetime incarceration compared to their white trans peers, 47% versus 12%. What’s more, black gay and bisexual men are also more likely to be charged under HIV criminalization laws. Add to that, 85% of LGBT or gender-nonconforming youth in juvenile facilities identify as youth of color.

We need to put an end to criminalizing LGBTQ people for their mere existence. I do the work I do because it’s important to improve public dialogue and encourage activism. It is imperative to tackle homophobia and transphobia by raising consciousness on social issues facing our communities.

Silence = Death is a slogan I remember from the ’90s. It still rings true today. It is a position that affects us all. It is an assertion that one must speak out against injustice or risk death. Also, it goes without saying for black and brown LGBTQ people, but as passionately expressed by the late black lesbian civil rights activist and poet Audre Lorde, “your silence will not protect you.”