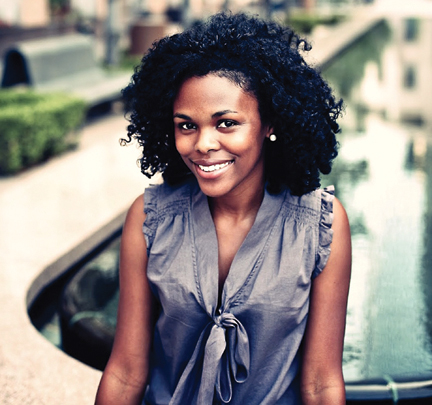 When Mahisha Dellinger ditched her relaxer to wear her hair natural a decade ago, there weren’t many products on the market designed to care for her textured hair. “The drying gels and hair sprays were not for me. Neither were the Jheri curl juice, perms, or relaxers, she recalls. So she went online and found product recipes to make at home. As she experimented with homemade styling solutions, “I saw that other women were starting to embrace their natural hair, the 39-year-old says.

Black hair has long been a lucrative business in the United States for black entrepreneurs, from Madam C. J. Walker, the first female American self-made millionaire, to former BE 100s companies such as Johnson Products, SoftSheen, and Pro-line. These companies created a market, opening the door for a score of black entrepreneurs who dominated the ranks of the nation’s largest black-owned businesses in the 1970s and ’80s.

Major corporations such as L’Oreal and Alberto-Culver also realized the value of this lucrative niche, and made inroads into the market in the 1990s by using their financial and distribution muscle. The black firms fought back through such organizations as the American Health & Beauty Aids Institute and placed a “Proud Lady”logo on brands produced by black-owned firms as a means of increasing support among African American consumers. However, the black firms did not have the resources to compete with the monoliths and were eventually acquired by these firms and turned into divisions of the majority corporations.

Today, most hair products for black consumers are no longer produced by black-owned companies–except for those in a new and growing area. Increasingly the sweet spot is natural hair products; notably, sales of relaxers have tumbled 30% between 2010 and 2012. The “pie” is the black haircare market which, according to the market research firm Mintel, is worth $684 million.

Unlike trends of any previous generation of business owners, social media has played a significant role in accelerating the growth of natural haircare. But will this new group of entrepreneurs be able to hold onto the business, particularly when an increasing number of companies, such as Sally Beauty Supply, are realizing the financial potential?

Unlike in the 1970s, however, when black women wore afros as a political statement, “this movement was more emotionally driven, Dellinger says. “It’s like, ‘I’m embracing who I am and I’m going to rock my natural curls, my locks, or my afro.” Dellinger found the movement personally liberating, and she saw a business opportunity in it. “I needed options, and I knew others did too.”

The Dawn of The Age of Natural Hair Products

In 2002, Dellinger, then a marketing manager for Intel, started CURLS L.L.C. Over the next couple of years, she invested about $30,000 of her personal savings to hire a cosmetic chemist, develop initial products, and set up an online storefront. “It was very grassroots,” says Dellinger, who peddled her products to local salon owners who agreed to sell them in their stores.

By the end of that first year, CURLS had earned $86,000 in revenues. Dellinger continued to work with salons and grow her online following, and the company made $360,000 the second year and $600,000 in 2004. Then, in 2010, CURLS scored its first major distribution deal when Target invited Dellinger to pitch her products. “It was literally three minutes into our presentation, and [the buyer] said, ‘I love it,” Dellinger recalls. That was soon followed by deals to carry CURLS products in other stores such as CVS and Rite Aid; Walmart will carry the products starting this year. Today, the business that started in Dellinger’s kitchen employs 10 people and boasts 2012 revenues of more than $10 million.

While Dellinger started her business focusing on the natural haircare market, sisters Titi and Miko Branch used $8,000 to open a two-chair salon in Brooklyn, New York, in 1997. By 2000, they, too, had noticed a change in their customers. “Women were tired of getting relaxers that were damaging to their hair,” Titi, 43, says.

“We had hands-on experience every day with women who were transitioning to natural haircare,” says Miko, 42. Frustrated by the lack of products for their customers and themselves, “we said we need to create our own product line,” Titi says. They launched the Miss Jessie’s line in 2004, named after their paternal grandmother, and started selling products in the salon and online. The Branch sisters capitalized on the Internet’s reach by showing before and after photos on their website, letting women see what Miss Jessie’s products could do for them. “We showed people the possibilities–what you could look like if you were to wear your hair natural,” says Miko. The company has enjoyed steady growth; revenues jumped 73% between 2009 and 2010. Today, their products are sold in retail chains such as Target and CVS, as well as salons.

For those entering the natural haircare market, the Internet has probably been the most critical component in introducing products to consumers and driving sales. Blogs and websites started springing up, along with online forums and YouTube tutorials, where women would share best haircare practices and product reviews, says Nikki Walton, founder of CurlyNikki.com and author of Better Than Good Hair: The Curly Girl Guide to Healthy, Gorgeous Natural Hair!

Bloggers such as Walton helped women identify the entrepreneurs who were selling natural haircare products. The forums “were actually driving the market space because brands were able to see real-time feedback,â€ Walton says. “We would say, ‘We don’t like this part of your product,’ and the brands that were really smart would reformulate their products.”

One of the greatest areas of growth in the haircare market has been that of “transitioning” products, those designed for women who are growing their hair out of their relaxed styles gradually rather than opting for “the big chop,” the term for cutting off all the chemically straightened hair at once. “When I first started, there wasn’t such a thing as transitioning,” says Lisa Price, 49, who founded Carol’s Daughter in 1993 and has grown it to a $50 million company whose products are sold in Macy’s and Sephora. “Somebody walked into a salon and they went from long hair to short hair.” Today, businesses such as Carol’s Daughter are creating transitioning products that women can use no matter where they are on the natural hair spectrum.

Price has capitalized on the natural haircare market by paying attention to customer e-mails, Facebook posts, and black haircare blogs to get to know her customers and their changing needs. The company also created the website TransitioningMovement.com to provide women with resources to help them move from relaxed to natural hair. Years ago, “a woman who decided to go natural was more or less a rebel,” recalls Price. “She needed to be marketed to in a different way because she wasn’t a mainstream woman. Now when people transition, it’s a much more mainstream conversation.”

The increasing popularity of natural hair styles has also created growing pains for the pioneers in the space. Shelley Davis started her company, Kinky-Curly, in 2003 as a side business while she worked full time as a television electronic graphics operator. Her business grew slowly as she sold products online until she left her full-time job in 2005. First she advertised online via Google AdSense and Web banners. Then she pounded the pavement, persuading natural hair salons and health food stores to carry her products. She also started producing natural haircare tutorials on YouTube. Her strategy paid off.

“Business went from one or two orders a week to several hundred a month,” the 40-year-old says. Overwhelmed and eager to stem complaints from customers who were waiting for their haircare products to arrive, Davis hired a fulfillment house to get orders out faster.

Managing the distribution demand presented Davis with her next hurdle. In early 2009, Kinky-Curly could be found in about 150 beauty supply and health food stores across the country. Later that year, Whole Foods Market agreed to carry the brand, adding another 300 stores to the mix. By the end of 2010, Target had agreed to carry the products in approximately 1,000 more stores. For the first time Davis had to take into consideration her retail partners’ accounting practices, production schedules, and promotional calendars.

“For years, I’d picked up the phone and simply ordered 200 jars,” she says. “Now I have to take advantage of volume discounts when I order my supplies.” Through trial and error and studying the business practices of successful companies in other industries, Davis has managed to become more comfortable with forecasting product needs and keeping retail partners happy, but “it was a huge adjustment,” she says.

But perhaps the greatest challenge facing natural haircare pioneers who are enjoying a growing customer base is the increased competition. While a little competition can be healthy, there’s also the real danger that companies will be bullied by large rivals that use their deep pockets to unfairly muscle their way into the market. While the natural haircare pioneers once had the market to themselves, mainstream brands such as Pantene and L’Oreal are now targeting products to women with natural hair. Larger, more established black haircare brands such as Atlanta-based Bronner Bros. are also looking past relaxers to develop natural haircare lines. Of the newfound competition, Dellinger says, companies “saw an opportunity to make products and slap a label on them to market to the black consumer.” As a result, the entrepreneurs that revolutionized the haircare industry must protect their stake in the burgeoning business they’ve built.

So how do black-owned haircare companies continue to excel in the natural haircare market they pioneered now that mainstream companies see it as a viable business opportunity? Another way is by capitalizing on the fact that they created their businesses to serve women like them. “Authenticity is key, particularly when you’re dealing with hair, which is a very personal subject for most,” says Miko Branch. “Titi and I are the face of our brand. Customers have seen our hair go through changes and they’ve watched us transition many women, so they feel comfortable with our products.

Although it may be easier for mainstream companies that already have relationships and shelf space with retail chains, there are opportunities for burgeoning entrepreneurs who are looking to get a foothold in the market, says Malaika Tamu Cooper, founder of the Natural Haircare Expo, a 15-city tour that features natural haircare workshops, classes, and vendors. She suggests that owners take advantage of showcases like her expo and the World Natural Hair Health & Beauty Show that takes place each year in Atlanta.

Haircare blogs and social media will continue to influence which products consumers turn to, so brands must be willing to talk haircare on their Facebook pages and attend events such as hair meetups across the country, says Price, who is also looking to sell products in Harrods in the U.K.

But perhaps survival is simpler than that. “You have multimillion-dollar companies with major advertising budgets and distribution deals already in place, so we’re no longer competing with the handful of people you see at the hair show,” says Kinky-Curly’s Davis. “How are we going to survive? We have to keep creating products people love.”