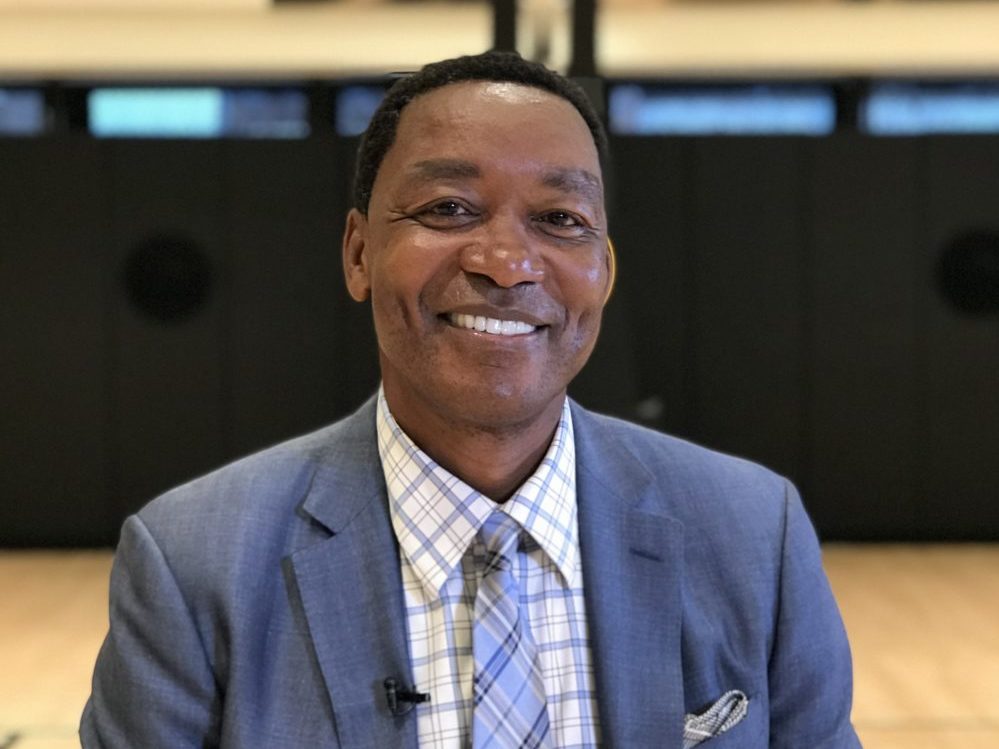 Isiah Thomas trekked all the way to the vineyards of France, where he studied the soil, topography, and climate on a quest to create the perfect champagne. His goal was to craft great-tasting champagne using the finest grapes without the added sugar found in many brands. His pursuit led him to the Cheurlin family, who has produced champagne in France since 1788 and was looking to get their product into the U.S. market. Up for the challenge, Thomas and the French champagne house announced a partnership in 2016, revealing that his company, Isiah Imports, was the exclusive owner and importer of CHEURLIN and Cheurlin Champagne. This makes Thomas one of the few—if not the only—African American to own and import champagne in the world.

“Not only do we own 100% of the company, but we also own the rights to the grapes,” said the 12-time NBA All-Star-turned-coach-and-entrepreneur to BLACK ENTERPRISE. “Therefore, we can bring a higher quality of champagne into the United States than most.”

Perhaps, what’s most impressive about Cheurlin is its quality. “We have zero sugar champagne and we have the lowest sugar sulfites champagnes in the market,” said the NBA Hall of Famer. As a result, popping a bottle of Cheurlin won’t leave drinkers with a headache or a hangover, he added.

Thomas’ meticulous attention to detail and standards for superior artisanship are not going unnoticed. Cheurlin has received a number of prestigious recognitions, including the New York International Wine Competition’s “Champagne Producer of the Year” award in both 2017 and 2018. But he doesn’t plan to stop there. Cheurlin is currently sold online, in 14 states, and soon-to-be five countries, he says, but he envisions it being sold around the globe. “My vision is to one day have everyone drinking Cheurlin Champagne.”

In May 2019, Thomas announced a joint partnership with the National Basketball Players Association (NBPA) and THINK450, the NBPA’s innovation arm, which focuses on helping NBA players form business relationships. NBPA executive director Michele Roberts told BE that she hopes the partnership will inspire players to take advantage of business opportunities. “What we encourage our players to do is to think about the business of basketball, not simply on the court, but off the court as well,” she said. “Even before their careers end, we encourage players to think about how they [can] monetize their brands and engage in activity that is revenue-generating.”

Roberts added that the partnership also sends the message that “basketball players are not simply people who can bounce balls.” Rather, it shows that players can use their platforms to build sustainable businesses. “Isiah is one of more successful formers players in the world of business and he is exactly what we want to see all of our players be able to achieve once they leave the game,” she said.

In addition to owning Cheurlin Champagne, Thomas is the chairman and CEO of ISIAH International L.L.C., a holding company with a diverse portfolio of business ventures and investments. For 35 years, he has invested in, owned, and operated new and existing businesses, including Isiah Real Estate, TAND Properties, and Popcorn Indiana. He also co-founded the Toronto Raptors, which is why he’s rooting for them in the 2019 NBA Finals. His business acumen earned him the February 2005 cover of BLACK ENTERPRISE magazine.

Learn more about Thomas’ three-decade career as a businessman, sports icon, and philanthropist at the annual BLACK ENTERPRISE Black Men Xcel, a celebration of enlightenment, empowerment, and excellence!

Join us Aug 28- Sept 1 at the JW Marriott Miami Turnberry Resort & Spa, as we honor the essence of today’s man of color.