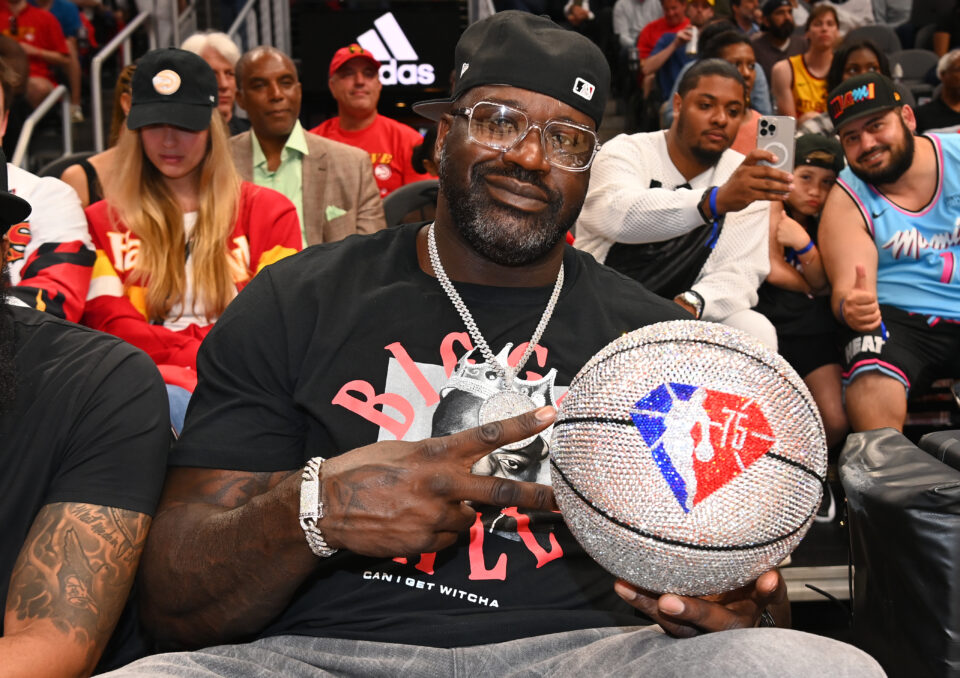 NBA Hall of Famer Shaquille O’Neal has added to his long list of business ventures by teaming up with Arcade1Up to release the NBA JAM: SHAQ EDITION at-home arcade machine.

“We are honored to have worked closely with Shaq to create his very own arcade machine,” Arcade1Up CEO Scott Bachrach said in a press release.

“The pure scale of it is something our fans have been asking for since our inception — we thought, who better to make a large-scale machine than the world’s favorite big man!”

NBA JAM, released in 1993, was one of the most popular arcade games of its time. The two-on-two arcade basketball game featured high-flying dunks, hilarious and off-beat commentary, and the on-fire mode in which players rarely missed a shot. The game sparked local tournaments across the country due to its popularity.

The sequel NBA JAM: Tournament Edition was released in 1994 and featured hundreds of secret playable characters, including the Beastie Boys, Will Smith and DJ Jazzy Jeff, and even former President Bill Clinton and former Vice President Al Gore.

Both games will be included in the SHAQ edition as well as NBA HANGTIME, a second sequel that didn’t receive the same acclaim as traditional NBA video games had improved by then.

“We could not be more excited to bring NFL Blitz Legends to fans who have been waiting years for the return of this iconic game,” Bachrach added in the press release.

“Our team spent the better part of the last two years making sure we both honored the games’ past while bringing it up to today’s modern standards with AAA development efforts in partnership with the NFL and FGA, and I think we’ve achieved that in an unbelievable feat of fun, exciting, action-packed gameplay while reengineering the original game.”