Nearly Half of American Renters Are Struggling to Pay Their Rent 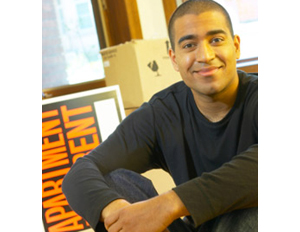 According to a new study by the Harvard Joint Center for Housing Studies, a record number of Americans are renting homes and are struggling to pay their rent. In 2014, the number of renters spending more than 30% of their income on housing — the amount analysts say is the maximum we should spend on housing — Â was 21.3 million versus 14.8 million in 2001.

The study points out that the supply of rental housing has increased, but demand has increased even faster; that’s largely due to the bursting of the housing bubble in 2008, which led to nearly 8 million homes being lost to foreclosure since the market peaked in 2004. Meanwhile, household incomes have also fallen back to 1995 levels and access to mortgage credit has tightened, making it difficult for Americans who want to buy homes.

“Record-setting demand for rental housing due to demographic trends, the residual consequences of the foreclosure crisis, and an increased appreciation of the benefits of being a renter, has led to strong growth in the supply of rental housing over the past decade; both through new construction and the conversion of formerly owner-occupied homes to rentals,â€ said Chris Herbert, managing director of the Joint Center For Housing Studies at Harvard, which publishes its report on the state of rental housing in the U.S. every other year.

“The crisis in the number of renters paying excessive amounts of their income for housing continues, because the market has been unable to meet the need for housing that is within the financial reach of many families,â€ says Herbert.

The study also found that a total 43 million families and individuals live in rental housing, up nearly 9 million from 2005. That’s the biggest increase in any 10-year period on record, and pushes the percentage of Americans renting their homes to 37%.

While households in their 20s make up the single largest share, households aged 40 and over now account for a majority of all renters, with the largest increase coming for those in their 50’s and 60’s.